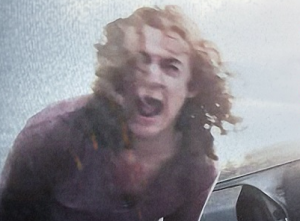 The wider company has changed from Fullscreen Inc. to Fullscreen Media.

Sitting within in that the Fullscreen Creator Network will house content from the MCN’s vloggers and online talent. Fullscreen Entertainment will cover original programming and its new SVOD offering. A third unit, Fullscreen Brandworks, will be the hub for branded content.

At that event it also said it has teamed with Nielsen and Comscore to deliver guaranteed male and female audiences to ad partners.

Strompolos said: “Today we stand as a next-generation media company transforming the way people watch and engage with content, serving creators, consumers and brands that share this vision.”

Hungerford (pictured) follows an alien invasion from the perspective of a 19-year-old vlogger and comes from Wildseed and Drew Casson, while Ground Zero, currently in post-production, follows young Brits travelling across an alien-occupied UK.

Philip Human will star up and coming digital talent Paul Neafcy. It follows a Frankenstein’s monster-inspire character who wakes up in a mansion with no recollection of how he got there.

The shows will be made available through the subcription on-demand service.