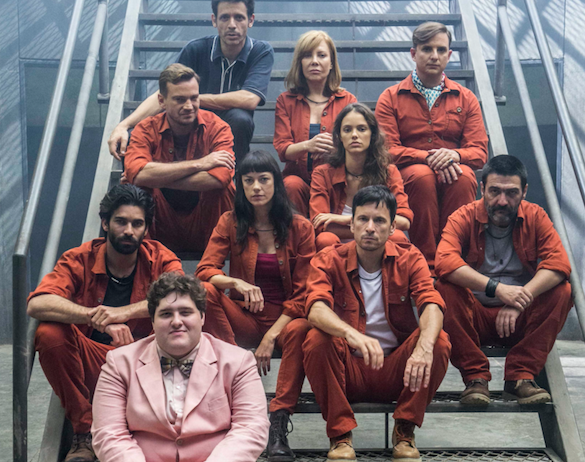 Mediaset España and Mexico’s TV Azteca are the latest channel groups to board the first Spanish-language drama from Brazilian broadcaster Globo.

Supermax already counts Argentina’s pubcaster, TVP, and Oficina Burman as coproducers. The series is being produced for the international market.

“We have two strategic goals with this project,” said Globo’s executive director of international business, Raphael Corrêa Netto. “The first is to reach over 500 million Spanish-speaking viewers with a product specifically tailored to this audience.

“The second goal is to expand our relationship with key players in this market, such as our partners TV Azteca, Mediaset España and TVP, in addition to promoting creative networking among the talent pool. We will continue to work hard to make sure Supermax is also aired in other countries of the region.”

Shooting on the series, which comes from Argentinean filmmaker Daniel Burman, has already begun in Rio de Janeiro, Brazil. It is based on a Brazilian series and follows events at an abandoned maximum security prison that has been reopened as the base for a psychologically tough reality TV series.

“Through this agreement we will have the opportunity to take a step forward in our presence in Latin America with Globo, one of the key players in this territory,” said Mediaset España general director, content Manuel Villanueva.

“Supermax [has created] conditions that make this series a very attractive content, both for its originality and its storytelling, and also because of the level of performance and quality of its production. It seems an ideal project to become our first international co-production filmed in Spanish.”

Mediaset will play it in Spain on Cuatro.