Asking kids TV executives to name the most impressive show out there (not one of their own) produced a few surprises, and a surprising consensus. Adventure Time got numerous nods, as did another Cartoon network toon, The Amazing World of Gumball.

Zodiak’s Michael Carrington, a former Cartoon Network UK and EMEA boss, was one of those backing the former. “After six years of triumph, Adventure Time remains at the top of my list for its creativity, originality and ability to stimulate children’s imagination,” he says. “Taking its inspiration from an old-fashioned table-top game [Dungeons and Dragons], the surreal world of Adventure Time wholeheartedly belongs to children; remarkably both girls and boys alike. The stories successfully span TV, digital gaming, publishing and consumer products. From an industry point of view, Adventure Time has rejuvenated broadcaster interest in long-running animated series.” 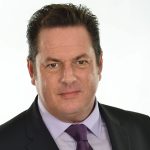 Vouching for Gumball, meanwhile, Tricon’s Frank Saperstein says: “It is still the current benchmark for innovative kids TV. The visual style is unique and beautiful, and the characters are real and true to the way kids act and think. The stories reach up in theme, never talking down to kids, and it explores themes and values that resonate with kids and parents.” He adds: “But, most importantly of all, it is funny!”

Caroline Cochaux (right) runs the Lagardère Active division that includes the Canal J, TiJi and Gulli channels and is also a Gumball fan. “It firstly distinguishes itself thanks to its original animation, mixing 2D, 3D and photography,” she says. “This [style] can be difficult at first, but finally appears as very attractive. The other strength comes from its crazy humour and the tenderness that unites the characters.” 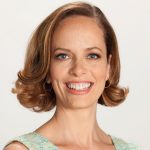 For Henson’s Halle Stanford (left), Disney’s Doc McStuffins is top of the current heap. “It is such a positive, strong girls show, and I’m grateful that it’s on air now,” she says. “It raises the level of sophistication that all of us producers in children’s entertainment should be striving for.”

Choosing a show from Stanford’s employer, The Jim Henson Company, meanwhile, Genius Brands International’s Andrew Berman plumps for Dinosaur Train. “Not only did the producers find a way to weave two elements that kids are fascinated with into a cohesive brand, they also developed a very imaginative and creative method of storytelling that is supported by very good writing,” he says. “I also love the look and distinct style of the series.”

After six years of triumph, Adventure Time remains at the top of my list for its creativity, originality and ability to stimulate children’s imagination
Michael Carrington, CEO Zodiak Kids Studios

Berman also mentions FremantleMedia Kids & Family Entertainment-distributed Kate and Mim-Mim, while FremantleMedia’s Rick Glankler is another of the legion of Adventure Time fans. “There is no other show in recent times that has been more distinctive in its ground-breaking storytelling and creativity,” he says.

Blue-Zoo’s Oli Hyatt mentions BBC doc series My Life as an example of public service broadcasting at its best. “The My Life series on CBBC, deals with hard-hitting issues that other channels simply can’t or won’t, amazing emotive stories that not only push boundaries, but help break them down for children,” he says. 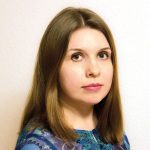 Spacetoon’s Fayez Weiss Al Sabbagh and Celestial Tiger’s Ofanny Choi are in tune with the billion-plus YouTube viewers who have watched Russia’s Masha and the Bear. “I like it for its simple storytelling and the love and warmth you feel from watching it,” Choi says. Oksana Sheveleva (left), senior licensing manager at Masha producer Animaccord, meanwhile, opts for Little Airplane’s Nickelodeon series Paw Patrol.

Little Airplane’s Josh Selig, in turn, pays the compliment forward to eOne-distributed Peppa Pig. “In a world of transforming vehicles and snarky characters, Peppa Pig remains humble and good,” he says, adding: “And she makes a billion dollars.”

BBC Worldwide’s Henrietta Hurford-Jones says Peppa has set the standard for young viewers. “In the preschool arena, Peppa Pig remains a benchmark for creating a world with warmth and humour, fabulous voice talent and that often elusive genuine co-viewing experience,” she says. 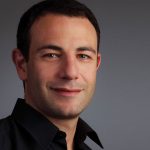 The man running the Peppa empire is eOne’s Olivier Dumont. His choice? A digital SVOD property. “I was blown away by the quality of the Amazon original Lost in Oz this year,” he says. The other Amazon original to get a mention was Gortimer Gibbons Life on Normal Street, which Cottonwood’s David Michel (right) says “differs so much from the other live-action being produced right now, and has an authenticity that is quite stunning”.

For Hopster’s Nick Walters, meanwhile, Minecraft-inspired YouTube content stood out. “I love the humour of Lewis and Simon [a.k.a Xephos & Honeydew] as a YouTube channel,” he says. “I’m really excited to see what emerges and what it looks like when they make it to long form.” (UK indie EyePresent is currently working up a series with the pair.)

Christopher Skala’s TaDaKids is making shows for distribution on YouTube and selects TuTiTu.tv, a property that broke out on the video platform. “No broadcaster would ever have commissioned this, and it’s now aggregated over 2 billion views,” he says. “It’s wholly original.” 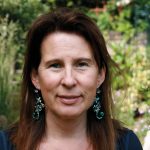 Live-action choices were thin on the ground, although Kindle’s Anne Brogan (left) went for the CBBC adaptation of the classic Topsy and Tim books. “I think the boldness of creating a drama with young children at its heart, that makes the everyday experiences of growing up a compelling watch, is easy to underestimate,” she says.
For others, it is not about a show, but a wave of talent emerging on new platforms.

“Some of the individual digital stars are creating content that has a really fresh and authentic voice,” says Disney’s Marc Buhaj. “The best of them are producing narratives that have personality and charm that showcase their storytelling abilities and understanding of their audience.”