Legitimate success for The Illegal 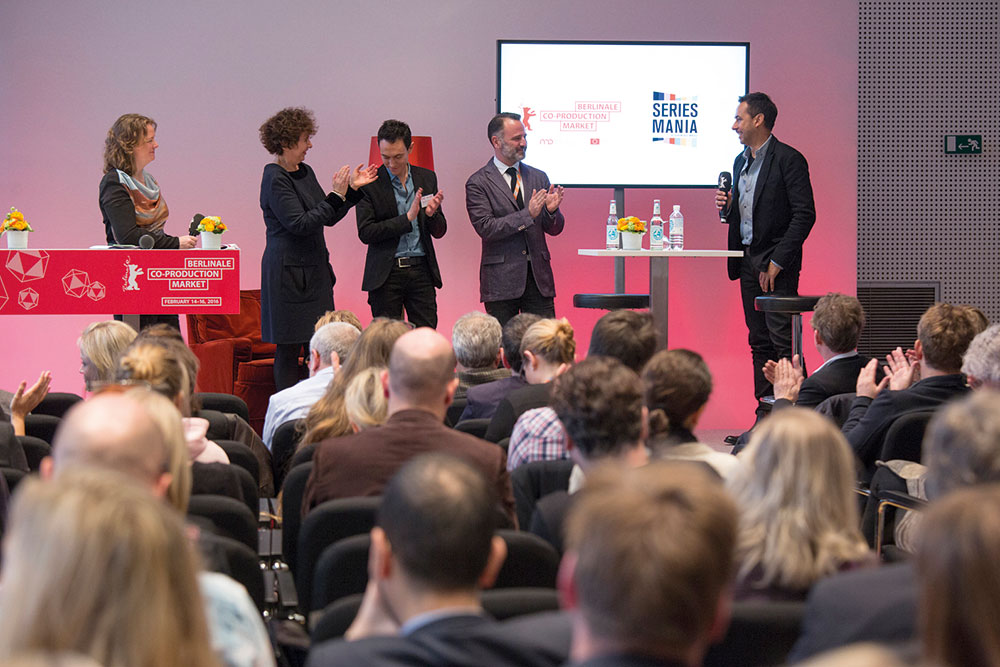 At the CoPro Series pitching competition in Berlin, the team behind The Book of Negroes was successful with a dystopian drama with dark tones that strikes a chord with contemporary current affairs

With the mass coverage of the Syrian refugee crisis, it was perhaps inevitable that a show covering similar themes would catch attention of investors at the CoPro Series pitching event in Berlin at the Berlinale Co-Production Market in February.

The Illegal, about an African immigrant living illegally in a dystopian European state, was named the winner of the competition, meaning its producers now go on to present at the Séries Mania competition in Paris this month, as part of a ‘project exchange programme’.

Despite being a film-actor-turned-veteran-producer, Damon D’Oliveira, co-founder of Illegal producer Conquering Lion Pictures, says pitching in front of 350 people was a “nerve wracking, first-time experience”, adding: “This was my first time doing a public pitch; I normally just meet people over coffee.”

In the event, it was worthwhile. After beating off competition to win the contest, he had 22 meetings in Germany’s capital city and has been inundated with interest since returning to Canada.

He speaks to TBI from a town in the far north of the country, while on a location scouting mission. The freezing temperatures outside are -37C.

D’Oliveira is best known as the production partner of director-screenwriter Clement Virgo and frequent collaborator Lawrence Hill. The trio worked up CBC’s critically acclaimed The Book of Negroes (below), which last year gave the Canadian pubcaster its biggest ratings for an original drama since The Road to Avonlea in January 1990.

The result for cable net BET in US cable was similarly strong numbers. 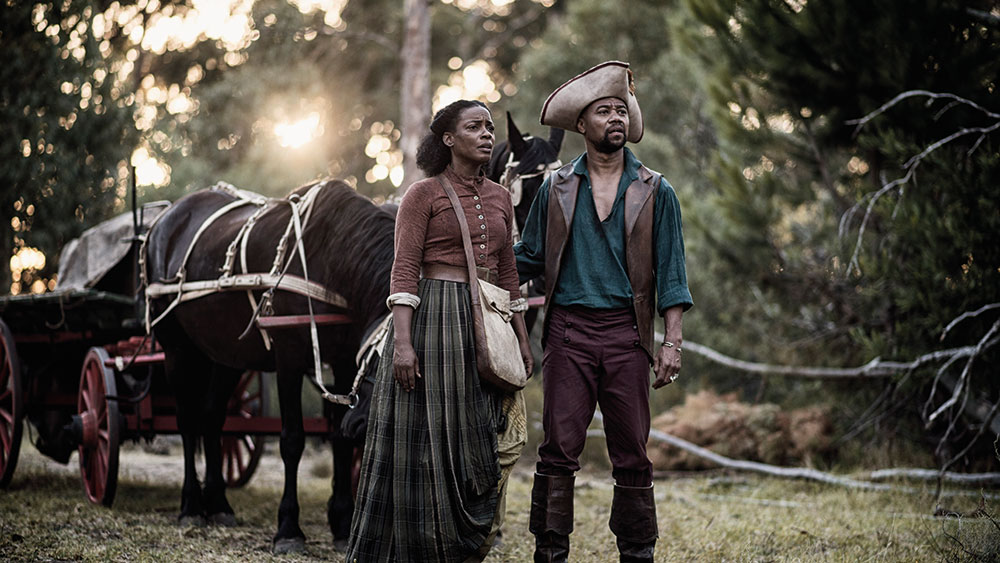 The Book of Negroes was screened at Berlinale/EFM’s first Drama Series Day last year, which D’Oliveira describes as “a great experience”. After that, the festival’s organisers asked the production team if they had other projects that could be pitched, bringing our story into 2016. D’Oliveira quips that the organisers loved The Illegal as “it wasn’t a crime drama set in Europe”.

It is, in fact, based on a best-selling Hill novel, just as The Book of Negroes was. The new project follows a talented African runner who lives in the corrupt, fictional, near-future state of Zantoroland.

After a government coup destroys his family, Ali is forced to seek asylum in Freedom State, a mostly-white, authoritarian nightmare of a democracy that the producers say is reminiscent of Airstrip One in George Orwell’s 1984. He soon falls in with residents of an underground community, Africtown, where those hunted by the state can find security for a price. He is then forced to take part in a series of gruelling marathons that D’Oliveira says gives the proposed eight-part series a “Hunger Games element”.

The project was in the works long before the Suzanne Collins novel series was turned into films, however. “Lawrence Hill conceptualised The Illegal back in the 1980s, when his sister lived in Berlin,” says D’Oliveira. “He realised that – at that point – there were lots of illegal Western African refugees who didn’t have a real existence. He became fascinated with these people.”

Tonally, The Illegal shares sensibilities with intellectual, dystopian feature films popular in the mid-2000s. “Clement Virgo is a huge fan of Children of Men as an intelligent view of the future,” says D’Oliveira, who adds there are also shades of Amazon Prime Instant Video alternative history drama series The Man in the High Castle. 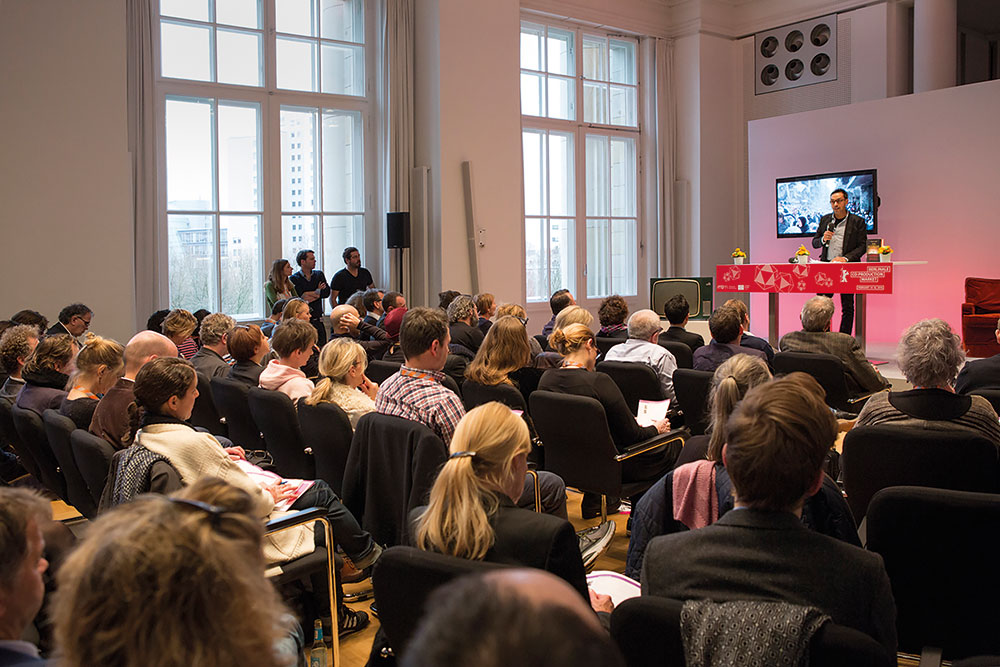 Another theme is one commonly found in the work of D’Oliveira, Virgo and Hill: race. Jamaica-born Virgo’s film Poor Boy’s Game, which debuted in Berlin in February 2007, examined racial and class struggles through the filter of boxing in the Canadian city of Halifax. Virgo also directed two episodes of HBO’s masterpiece The Wire, and he is closely associated with Black History Month’s efforts in Toronto.

Hill is a mixed-race man who grew up in a predominantly white Toronto suburb. His locally famous parents were heavily involved with civil rights campaigns and founded the Ontario Black History Society.

Though he has become a noted journalist, historian and author of the black experience in Canada, Hill was a runner as a teen who firmly believed he would win the 5,000 metres at the Olympics.
This passion is a clear influence on The Illegal, whose lead character is forced into races reminiscent of the Tough Mudder endurance contests currently popular around the world with ultra-competitive athletes.

As with The Book of Negroes, CBC is an early investor in the project, and the broadcaster has put the eight-part miniseries into development.

The project is expected to be a Canadian-European-South African coproduction, and cost around E16 million (US$17.7 million), meaning an average episode cost of E2 million.

Conquering Lion plans to shoot the African scenes in South Africa, where shows such as Starz’s Black Sails and movies including Marvel’s Avengers: Age of Ultron have filmed in recent times.

Incentives offering up to 25% rebates to overseas companies are available in the territory, making it even more attractive.

Meanwhile, a European partner that can provide between 30% and 40% of the budget and locations for the Freedom State scenes is being sought following the Berlin pitch. Production is planned for 2017 ahead of an airdate in 2018, though for D’Oliveira, Virgo and Hill the next stop is Paris.