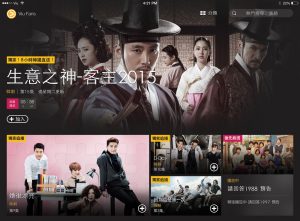 The on-demand service differs from Netflix and other local SVOD offerings, with its freemium pricing model.

Its programming line-up also differs from that of Netflix, with content sourced from Korea, China, Japan and elsewhere in the region.

The Viu app has been the top ranked on the App Store and Google Play.

She added: “Searching and accessing entertainment online through mobile devices is a dominant trend today so I have every confidence that Viu’s success will be replicated in other markets.”

Late last year Lee told TBI that it has plans to launch Viu across Asia and has already started the wider roll out, with the service now available in India and Malaysia.

Netflix, meanwhile, launched in Hong Kong earlier this year as part of its 130-country global rollout.