Viewpoint: Bruce Tuchman, global media executive and former president of AMC and Sundance Channel Global on why streaming service Netflix needs to tailor its local services if it wants to win around the world. 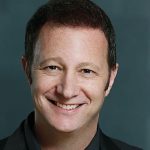 At CES earlier this year, Netflix was all over the news touting its new-found worldwide ubiquity. “One hundred thirty countries,” the company shouted from the rooftops. In Asia, the streaming service launched in 18 markets simultaneously.

But on the back of all that hoopla came some scepticism and pointed criticism about the company’s rigid business model, and the markets the over-the-top service has yet to conquer and – for that matter – will be hard pressed to penetrate or succeed in. In fact, many international media pundits were quick to say that Netflix’s push into Asia was unlikely to repeat the company’s unprecedented success in the US, Australia and a number of western European markets. The key reasons for that include formidable regional competitors, lack of quality local content and rampant piracy.

What really raised eyebrows was that in new markets such as India and Indonesia, Netflix subscription pricing seemed to be in line with its US service, and that is highly unrealistic for the majority of people in the region. In India, for example, the monthly rate starts at 500 rupees (about US$7.50) for the basic, non-HD, single-user package. In a market many times less affluent than the US, this pricing is even more expensive than an average local basic cable or satellite subscription.

Furthermore, customers in new Netflix markets can pay only by credit and debit card. This puts the service out of reach of hundreds of millions who don’t have a credit card, but could pay via other methods.

The announcement of Netflix’s global domination strategy, followed by its land grab in Asia and around the world, reminded me of the not-so-distant past when we were all hustling to secure distribution for linear channels as quickly, and in as many countries and territories, as possible.

We started with a one-size-fits-all approach in the early days, and though we might have secured a lot of carriage deals, this didn’t typically lead to a sustainable, long-term business model. What we learned along the way is that we needed to be open to different business models, local viewing habits and tastes, and different ways of working with our partners on the ground and with regional governments, to help promote our channels and secure our future.

For Netflix, similar lessons could be applied, especially in Southeast Asia, where regional competitors are offering flexible business and pricing models, compelling local content and even US-sourced programming not available on Netflix. Streaming services like Hooq [a joint venture of SingTel Group, Sony Pictures Television and Warner Bros. Entertainment] and Iflix, which is backed by serious venture-capital players and has MGM as an investor, are making real headway in the region. As of December, Iflix had one million sign-ups – just six months after launching in Malaysia, followed by Thailand and the Philippines. This reaffirms that the shift to on-demand media consumption is a global phenomenon, but that to have a successful and lasting business, accessibility and affordability are key.

These regional streaming services are, however, going beyond keeping their services culturally relevant and affordable for consumers. In Iflix’s case, they are also allowing users to watch their shows offline with a temporary download feature, something Netflix doesn’t have. Iflix has also broken out of the confines of the direct-to-consumer model, signing distribution agreements with local telcos. Hooq is working with mobile carriers and alternative payment providers to offer customers in India, the Philippines and Thailand with payment options better suited to their lifestyles.

Of course, China is the Holy Grail for Netflix, and is still very much out of reach; Netflix has said it will be launching in China, but this is more easily said than done. Much has been made of censorship being a big barrier, but over the years, content providers have found workable solutions to accommodate these restrictions, which also apply to many other markets.

Perhaps the biggest roadblock is the competition from existing Chinese streaming services, such as LeTV, Sohu and Youku Tudou, which are already reaching hundreds of millions of consumers. They have built effective relations with local regulators, who may in turn be hesitant to add a foreign competitor who has expressed a predisposition towards “going it alone” to the mix. Partnerships are key to building not just trust in China, but also as a hedge against an already competitive pre-existing market for similar services.

As more and more customers come on board, OTT/SVOD players have to be tuned in to the infrastructure, and economic and cultural idiosyncrasies that are indigenous to each region. Especially in the emerging markets, the one-size-fits-all approach defies the essential diversity that billions of people feel as a primary feature of their very identity.

Netflix will need to adapt and learn from its forefathers in the cable/satellite industry. If not, there are local services now beginning to take root all over the world, whose knowledge of their customers’ needs and tastes, and local governments’ policies and restrictions, will ultimately prove to be mightier than the streaming juggernaut of Netflix. May the best, most nimble services thrive.