10 MIPTV takeaways: #6 the many faces of Vice 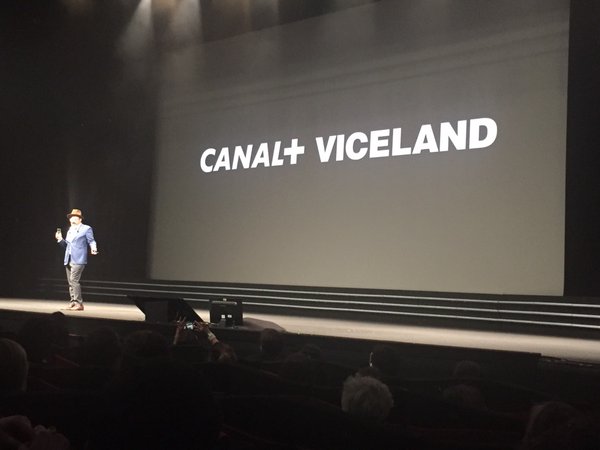 The management team that make up Vice Media are not your traditional television executives. Shane Smith, heavily tattooed and fully-bearded, is as outspoken and cage-rattling as media CEOs come, while creative chief Spike Jonze is better known as the Oscar-nominated director of Being John Malkovich.

Therefore, it was no surprise chief content officer Eddie Moretti drifted on stage with a glass of French white and a fedora at the entertainment firm’s Digital Front at MIPTV hat to announce new cable channel Viceland was going Gallic and would launch on CanalSat via a partnership with Vivendi’s pay TV arm, Canal+.

Moretti further charmed the locals by revealing an obsession for 1990s French house music, adding Vice shared many characteristics with France, having first launched as a magazine in French-speaking Montreal, Canada in 1994.

Locally, Viceland will be a 24-hour French-language version of the original North American channel programmed, developed and produced entirely in-house by Vice’s creative team. The channel will be exclusively available for CanalSat customers in their basic TV subscription packages – either live, on demand or on the go.

“We’ve been growing our production in France for the past several years preparing for a day like this – the chance to enter the French market with a 24-hour lifestyle channel which prominently features domestic production,” said Moretti.

But despite already launching Viceland in the US and Canada, and a having scored a deal to go live in the UK and Ireland on Sky, Moretti was at pains to stress Vice remains on the outside of the television industry establishment. “We’re not turning into a TV company,” he said. “We’re just adding TV to a robust multi-channel platform-agnostic business and we’re bring advertisers along for this multi-channel experience, and they’re loving it.”

You can expect Viceland – which is programmed with in-house shows such as Weediquette (its top-performing show so far), Ellen Page vehicle Gaycation and F*ck That’s Delicious – to launch in many more territories, especially as the company headed in last week’s Cannes confab having just hired former Discovery Networks Asia chief Arjan Hoekstra to run its European networks as general manager.

“I have witnessed Vice’s meteoric rise to establish themselves as the most dynamic, creative and quite frankly, most exciting media brand and content studio on the planet,” Hoekstra had said on joining.

Vice has already set up several bases in eastern European territories with Antenna Group in Greece, and there are plans for feature films – supercharged after acquiring like-minded producer Pulse Films – and a series of VR experiences for the Samsung Gear VR headset have been created under the banner Beyond the Frame.

Vice certainly has the international market hanging off its every word – indeed, 21st Century Fox and The Walt Disney Company are investors – but can a company that actively plays down its television business credentials keep the intensity up?