The Modern Times Group has prebought a four-series package of factual fare from WildBear Entertainment. 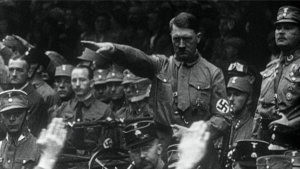 Australian factual producer and distributor WildBear has sold the 33-hour package to MTG for its Viasat History and Viasat Nature channels across Scandinavia, Russia and the CEE and CIS regions.

The series covered in the deal span wildlife and natural history to history. The shows are Animals That Changed History, The 101 Who Made the Twentieth Century, The Price of Empire (pictured) and Killing Machines.

The sales were negotiated by former National Geographic exec Edwina Thring through her Wild Thring Media.

Seniha Tunaboylu, head of content and acquisitions – factual for MTG World, said: “WildBear’s new series are perfect for our curious audiences, who are constantly looking to be informed, have their minds challenged and be entertained by our factual output.”

Michael Tear, CEO of WildBear said: “Animals That Changed History is filmed from a unique viewpoint and covers relatively uncharted territory; The 101 Who Made the Twentieth Century is the definitive contemporary history countdown show.

“Killing Machines is a surprising look at weapon development against a backdrop of major historical events, while our thoughtful use of Movietone footage, coupled with new interviews and an innovative approach, means The Price of Empire will bring some new perspectives to the much-chronicled history of World War II.”