MIPTV is now mostly about Europe and the continent’s content, and last week it was France’s Vivendi setting the pace.

The European flavour of MIPTV is more through circumstance rather than design, with the US studios preferring to keep their powder dry for the May screenings and then, in October, MIPCOM.

The first ever MIPDrama line-up underlined the Euro-centric feel, with just two of the twelve projects having been originated from outside of the continent, and one of those, Keshet International’s drama about a family with an autistic child The A Word, being submitted in its formatted UK form. Underlining the importance of English-language in scripted TV, three of the 12 shows launched were from the UK.

The likes of ZDF Enterprises, Red Arrow International, Global Screen and WDR, meanwhile, helped further German content’s moment in the sun, with Germany the country of focus at the market. 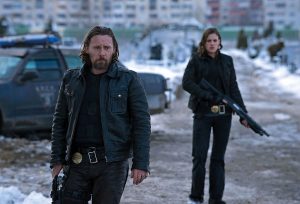 But it was Vivendi, which owns Canal+, CanalSat, Watchever, and Studiocanal, and has a 26.2% stake in the new-look Banijay Group, that most clearly saw the absence of the US majors as an opportunity to take centre stage, while on its home turf.

The Paris-headquartered firm announced it had bought into, or upped stakes in, three prodcos at the start of the week; proceeded to launch a new premium content mobile service called Studio+; partnered with Vice for a new channel, Viceland; and announced it had acquired the Alterna’TV platform. Studiocanal also rolled out a new slate including Section Zero, the latest from Braquo’s Olivier Marchal.

Dominique Delport, CEO of Vivendi Content, said Banijay is fourth in the ranking of international content players (excluding the studios), behind Endemol Shine, FremantleMedia and ITV Studios, and ahead of All3Media, Tinopolis Group and Red Arrow Entertainment Group. Banijay’s sales arm, Zodiak Rights, duly took over what was the Banijay International space outside the Palais.

There was no mention of BBC Worldwide in Delport’s ranking, but the distributor was in town and had a dinner and screening at Château de la Napoule on the Monday of the market for its Amazon fashion drama The Collection. 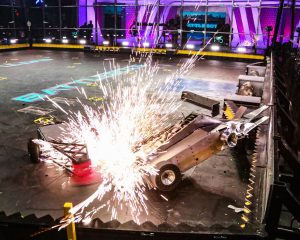 Sky, meanwhile, was mostly eclipsed by Vivendi in Cannes. The UK-listed company’s sales arm, Sky Vision, was in town with a big robot in tow, to promote its Robot Wars rival BattleBots. CEO Jeremy Darroch also picked up a gong at the market and was quizzed in a conference session.

As part of Vice’s Digital Fronts presentation, meanwhile, Canal+ was announced as the exclusive partner for the launch of the Viceland channel, probably the buzziest linear net out there at the moment.

Other European CEOs taking the stage included RTL’s Guillaume de Posch. He said the pan-European broadcast group, which also owns FremantleMedia, faces a “cultural challenge” as it goes up against global platforms.

“It’s not only about M6 and TF1, or Prosieben against RTL,” said de Posch. “It’s about Facebook, YouTube [and] MCNs, coming in, rolling out of California, trying to grab our business.”

Delport picked up the theme in what was the standout keynote in Cannes.

“Cannes, we have a problem,” he said. “Look at the top 20 internet companies in the world: eleven are American, nine are Asian companies. Europe, the most important economic powerhouse in the business world today has been completely disrupted.

“It’s the same for Latin America, the Middle East and Africa. We need to support, to promote to back European, Latin and African content platforms.”

Vivendi carried its MIPTV momentum into this week, with the news it is buying Mediaset’s pay TV channels, extending its reach in southern Europei the process. It will also team with its Italian counterpart on a global OTT initiative, meaning it will be taking on Netflix in streaming and Sky in traditional pay TV.

Industry veterans will recall Vivendi’s earlier M&A spree, and disastrous attempts at diversification, which resulted in departure of former CEO and chairman Jean Marie Messier in 2002. The buying and launches feel more focused this time, and Delport was convincing on stage.

What he didn’t answer was whether, as many suspect, Vivendi will move for more of Banijay, and exactly how it will monetise the Studio+ service. Meanwhile, the core Canal+ operation in France is struggling, no doubt one more reason to move into new areas and new territories.