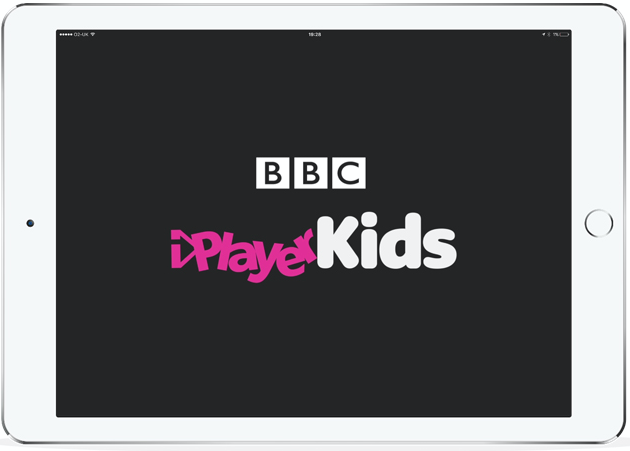 UK pubcaster the BBC has launched a kids-specific version of its iPlayer on-demand service, while pledging to keep its linear channels in place.

The BBC iPlayer Kids app was launched today and after the transition of BBC Three from a linear to online service, this prompted questions about whether the Cbeebies and CBBC channels were on the same path.

Speaking at the London launch event, BBC kids boss Alice Webb said the linear services will remain in operation for the forseeable future.

“That is absolutely the plan,” she said. “What I am planning as head of children’s is that we will be here with our TV channels for as long as children are watching them,” she said, “and the majority of viewing is still coming through those channels.”

The new kids app offers content from both BBC kids channels. Shows can be streamed or downloaded for offline viewing and there will be 10,000 episodes of kids content made available this year.

“Children’s is so important to the BBC and what the BBC can offer this country, as there is nobody else investing in UK programming for UK children,” BBC director general Tony Hall said at the launch.

“To see the innovation and way in which we are changing what we offer to suit how kids are consuming is really good,” he added. “I love the fact that from the point of view of parents, this is great, as kids get content designed exactly for their age group, so the adults can feel safe and secure.”

Webb faced a barrage of questions about whether the app would mean kids watching shows late into the night, or make bedtimes difficult for parents. 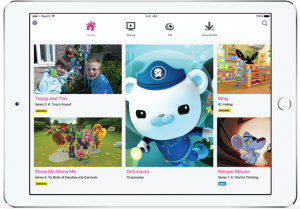 The CBeebies linear service ends with its ‘Bedtime Hour’ at 7pm, while CBBC has recently extended its hours and now finishes at 9pm.

“We know that at any time there are a million kids watching our [CBBC] content between 7pm and 9pm, but our experience is parents and carers are engaged with what kids are doing and what we are doing is here is appropriate,” Webb said.

The roll out of the BBC iPlayer Kids app comes soon after Sky launched its new streaming service for kids.

The pay TV operator announced two original series for its app, and speaking to TBI at the launch of the BBC, Webb said she planned to add original content on the new kids-specific iPlayer.

There are also plans for the content available on the kids app will extend across other genres over time and work with third-parties such as animal charities.

“We know children love content that isn’t made by the BBC Children’s department and isn’t children-specific, and what we’d love to try and do is put some of that in here – stuff that is age appropriate, whether that is a bit of natural history or funny outtakes from a science show.”