Show of the week: Section Zero

There is a “violent undercurrent” to Olivier Marchal’s new dystopian thriller drama Section Zero, the French writer-director says. While plotlines naturally changed between its initial inception in 2012 and production in early- to mid-2015, the basic concept of a police unit “as screwed up as the universe they live in” remained.

“It became the story of a group of idealistic cops – using sometimes questionable tactics – who do all they can to survive in a world of human barbarity in the hope and gut-ridden belief in a better tomorrow,” he says.

Section Zero is set in 2024 in a Europe that has given up the idea of state governance in favour of putting massive multinational companies in charge. One of these, Prométhée, plans to replace the police with its own private militias, a move that executive producer Thomas Anargyros of EuropaCorp Television explains would finally cut ties with social and political systems of the past.

The plot follows an idealistic law enforcement officer (played by Swedish actor Ola Rapace), who takes command of a clandestine, elite squadron that battles the forces of corporate evil, while dealing with the shooting of his daughter and the public exposure of his darkest secrets. 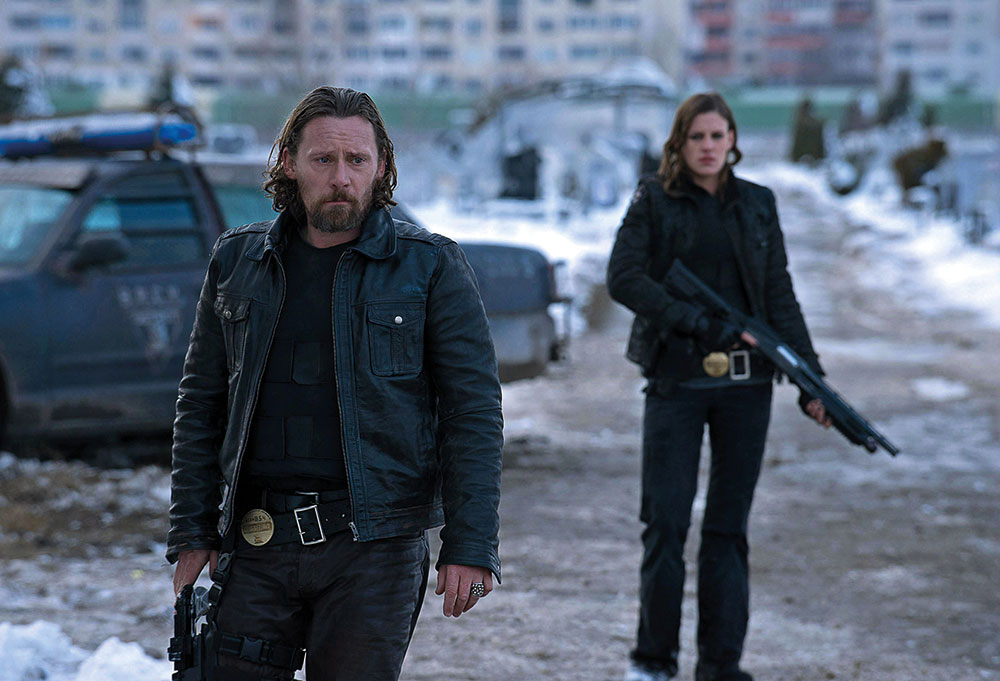 “The series is set in a world where people kill each other for anything, where cops get up in the morning not knowing if they will live to see the evening,” says the César-nominated Marchal, who was behind Braquo, the France 3 drama that Zodiak Rights sold with great success around the world.

“My inspiration came from my favorite films: Les Fils de l’homme for its light, as well as Blade Runner, but my main influence was Mad Max,” says Marchal of eight-part Section Zero’s tone. “Mad Max was a first for showing the mortality in its characters – the feeling of total despair, fear for the end of the world and savagery, which bears a lot of resonance with how people felt following the catastrophic [real-life] events of 2015. Without comparing Section Zero to that masterpiece, the series does also embody all of this.”

With France’s 2015 book-ended by terrorist atrocities in capital city Paris, Marchal says Section Zero will celebrate the work of the country’s real police force. “We applauded them after the January 7 attacks, and it was deserved because their acts were heroic,” he says. “But actually they are heroes all the time.”

According to Anargyros, whose EuropaCorp company was drafted into the project directly by Marchal and his new prodco, Bad Company, Section Zero is one of the biggest-budget French-language dramas ever shot, costing €2 million (US$2.2 million) per episode and €16 million overall.

French pay TV operator Canal+ and its production cousin Studiocanal are investors, with the latter taking distribution rights. Belgian film and TV financier Umedia also bought in, with an unnamed broadcaster from the country understood to be involved. EuropaCorp, best known for the Transporter and Taken film franchises, and Bad Company rounded out the financing.

Shooting took place in Bulgaria, in a huge industrial estate three-quarters of an hour from the capital Sofia. “This gave us the post-apocalyptic atmosphere I was looking for,” says Marchal. The majority of the interior and exterior scenes were, however, shot at Sofia’s Nu Boyana Studios, which is owned by LA’s Millennium Films. “With storms and temperatures often below freezing, we could never have gotten through 98 days of filming solely at the [industrial] site,” says Marchal.

Though season one is yet to debut, Marchal says a second run of the highly-serialised drama is in development. Featuring the lead cop, Sirius, it will, Marchal says, “be about a fugitive with nothing left to lose, whom everyone wants to eliminate”.