The years when everyone was talking about one show at the MIPTV market are over.

Not since – and possibly because of – Keshet’s Rising Star, has one show dominated Cannes conversations in recent years, and 2016 was no different. Back in 2013, Keshet came away from the market seemingly having sold Rising Star around the world in one MIP week, and no single format or series has achieved that since. 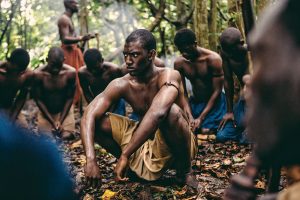 The launch of world premiere screenings has, however, made the market a better place to launch new dramas.

Back at MIPCOM it was Fox’s X Files that had them queuing around the block and the highlight this year was Roots, the reboot of the classic 1970s series.

LeVar Burton, the original Kunta Kinte, is a producer on the new show. “Roots occupies a very unique place in American culture: there was an America before roots and an America after roots, and it was not the same country,” he told TBI the morning after the screening.

“I cannot possibly expect to garner the same size of audience that the original did – we simply don’t consume content the same we as we did – but I do hope we are successful in initiating and being part of a conversation that is sorely needed in America, an honest conversation about race relations.” 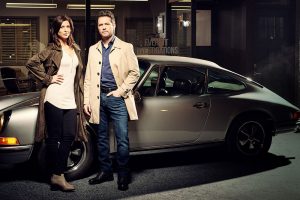 Changing gears, Jason Priestley and Rookie Blue’s Cindy Sampson were also in town to get behind their procedural Private Eyes, as distributors finally sought to address what many big, broad free-TV nets in Europe want: story-of-the-week drama, or in other words, TV popcorn.

Studiocanal, which announced on the Tuesday of the market it was taking minority shares into three Europe-based indies, including Benedict Cumberbatch’s new indie, also had Andrew Marlowe and Terri Edda Miller (left) in Cannes to help find partners for Take Two, a fun procedural private eye story from the pair, who honed their skills on Castle. 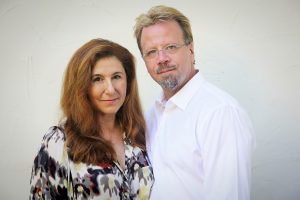 “US domestic broadcasters all going to serialised long form darker kind of material, and it seemed like there was an international audience – and we think a domestic audience – that was getting left out,” Marlowe told TBI. “A lot of people love Castle, Bones or NCIS – those are high end comfort food for people around the world.”

The dramas getting talked about along the Croisette were, indeed, the edgier, serialised projects that generate marketing and press buzz, and Marlowe and Miller said that they understand why the common-or-garden procedural gets overlooked, in terms of anticipation and chatter, if not ratings.

“Critics always go to shows that are breaking new ground, the shows that are pushing a cultural dialogue, and we certainly understand that,” Marlowe said. “It’s why the Oscar films gets a lot of attention and the big summer blockbusters are not really covered, or looked down upon. We know what we are doing is entertainment, and it is own kind of art form, but a tried and true one. It’s high-class comfort food.”

Former head of FremantleMedia’s international arm David Ellender was in town. Having left Slinsghot Media Group, the US content company he set up in two years ago, he was in Cannes in his new role as president, distribution, for Sonar Entertainment.

“I came here 18 months ago [to MIPCOM] and felt the market was saturated,” he told TBI. “That means drama becomes commoditised and you need brands, franchises and/or talent. You need standout content in a market of clutter and increasingly good content needs an extra element.” 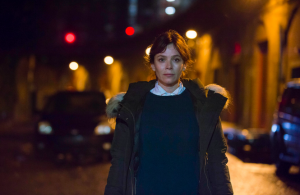 Netflix was, as ever, in the news, and ensured it was talked about on the first day of the market, announcing it had acquired global rights to Marcella, the serialised cop drama from Hans Rosenfeld, writer of The Bridge. It was no doubt celebrated by LA-based Netflix later that same day, when the show knocked it out of the park on ITV in the UK, delivering 6.1 million viewers for its opening ep.

More broadly, Netflix has disrupted the TV market and the twice-yearly one in Cannes, notably by driving up prices for the most sought-after drama. The SVOD service, however, appeared conspicuous by its absence at the actual market.

The interest in big-ticket drama was acknowledged by MIPTV organisers, with a dedicated event, which was won by Zodiak Rights’ Belgian drama Public Enemy. It had 400 buyers to watch the 12 shows being screened. Could it become a separate, or a larger-scale event? Many at the market thought so.

Did formats mount a comeback?

With drama series in vogue, and hogging an ever greater number of slots in schedules, the formats market has seemed subdued of late. MIPFormats, right before the main MIP market, claimed a 5% increase in attendance, with 1,890 reported across that event and factual-themed MIPDoc.

Ahead of heading to Cannes, Global Agency made some very big forecasts for the impact its singing show, The Legend, would have in Cannes. Ahead of a screening format folk were curious, and Global Agency is reporting “strong interest” in the show. It will now need to record truly legendary sales to meet the hype.

Vivendi, determined to be part of every story at MIPTV this year, also made a formats play in Cannes through its Vivendi Entertainment division.

Guess My Age format (right) went down well, and its German WDR format, Sheep and Celebrities, in which well-known personalities shepherd 1,000 sheep across an allotted course, was a thankfully wacky show, in a market that otherwise felt quite safe with its roster of cooking, dating, survival and other format staples.

‘Authenticity’ has been the most overused word by formats buyers and sellers of late, as everyone moves away from arch, highly-orchestrated projects.

The vibe at MIPTV was also very much about ‘feelgood’. From Lineup Industries Radio Gaga (left) and Talpa’s The Wishing Tree out of the Netherlands, to FremantleMedia’s Finnish format My First Holiday and Carpool Karaoke, which was the opening highlight from The Wit’s ever-popular formats session.

In terms of marketing and stunts, the formats marketing folk were also playing it safe, with the Croisette and Palais de Festivales notably free of the costumed characters often seen in weird and wonderful garb to promote a particular show.

A small stand outside the Palais replete with mini assault course and Spartan warrior gear, to promote NBCU-distributed Spartan: Ultimate Team Challenge, was one exception, while FremantleMedia gave buyers the chance to out-serve world champion tennis player Serena Williams in a stunt space in the Grand Hotel gardens.

And If the US studios can’t be bothered to attend MIPTV to push drama, their formats divisions were in town, with Warner Bros. launching Steve Harvey show Little Big Shots, and NBCU its Spartan show.

MGM also came to the formats party and with Mark Burnett at the helm says it has ambitions to join the genre’s premier league. Whether a company so steeped in the movie world can achieve that is open to question, but it came to town with a formats slate that included another Steve Harvey project, an as-yet-unnamed business competition series for ABC in the US.

Another US firm showing formats a little more love was A+E Networks, which hired industry veteran Hayley Babcock as its new formats chief.

Babcock was in Cannes in her new role and told TBI the likes of prison format 60 Days, or hip hop series The Rap Game, are ripe for the remake treatment.