Former Reveille, NBC and Electus exec Ben Silverman has joined Propagate Content, as the US prodco has receives a new tranche of investment from A+E Networks. 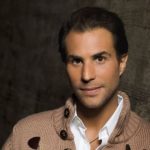 The new-look Propagate said it will expand into new areas and announced a new series with Apple, the tech giant’s first TV series.

The changes at Propagate see Silverman reunited with Howard Owens, the former Nat Geo US channel chief, who formed Propagate last year with start-up backing from A+E. The pair were together at Reveille, the successful American prodco that was acquired by Liz Murdoch and her Shine Group.

“I love starting and building companies while at the same time creating and enriching global culture,” said Silverman. “Howard is a brilliant executive with an incredible work ethic and great taste, and he shares a creative led vision for a global content platform. It is an incredible time for story tellers and we are thrilled to reunite backed by friends who love story telling as much as we do.” 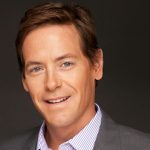 Owens (right) added: “There is no media leader who sees around corners with more creative clarity than Ben. His creative and business track records are second to none in the world of TV and digital content. Ben’s skill at leading, inspiring, and managing creatives always results in creating companies that are best-in-class worldwide in premium content creation and alternative distribution models.”

The company said that, with Silverman at the helm and new funding in place, it will expand, adding a distribution function and moving into high-end drama and multiplatform unscripted.

It announced a deal with singer and entrepreneur Will.i.am and Apple and the partners will make a new show about app developers.

Silverman recently exited Electus, the content firm he formed with backing from Barry Diller’s IAC. He brings several projects to Propagate including Isn’t that Rich?, the adaptation of the Amy Harris from Richard Kirshenbaum book, which has ABC Studios on board, and Red Team, another book adaptation that has Morgan Spurlock on board.

A+E has injected an unspecified amount of cash into Propagate, which is making several series for its cable nets.

It is producing crime series Evil Geniuses for History, and fact-ent series What The…, which will set out to redefine iconic moments in history.

For A+E’s Lifetime it has a show profiling Vivica Fox, and vet series Animal ER. For FYI it has My So Called Simple Life, a reality show about self-sufficient families.

Nancy Dubuc, president and CEO of A+E Networks, said: “As a global media company, A+E Networks’ number one priority is diversifying our content offerings, and investing in Propagate is a key part of this strategy.

“I have always admired Ben and Howard’s long and lucrative track record of building thriving businesses together. They are two of Hollywood’s most impressive and prolific producers and we are very much looking forward to our successful partnership as they develop and produce multi-platform content for the global marketplace.”