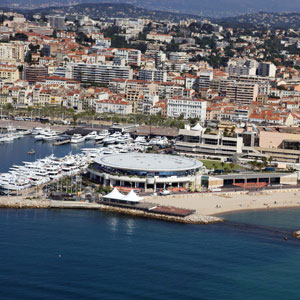 Reed Midem has given out the official attendance numbers for MIPTV as the annual programming market draws to a close today.

The market organisers said that there were 11,000 attendees, from 100 countries, in Cannes this week. Of that total, Reed said there were 3,900 buyers.

The market organisers launched the MIPDrama screenings this year and said 400 buyers attended to see the 12 new scripted series selected by a judging panel. Buyers were broadly positive about the event, which was held in the JW Marriott.

“This event has been a unique opportunity to see international series and it has to be repeated next year,” said Aline Marrache-Tesseraud, senior VP international SVOD, global acquisitions, Canal+. “As a buyer, it gave me the chance to get an overview of the big picture in international drama production.”

The official numbers for MIPDoc and MIPFomats, which take place directly before the main MIPTV market, were 1,890, a 5% uptick on the 1,800 reported a year ago. Reed said buyers screened sows 22,398 times across the factual and formats events.

“With some 11,000 delegates from 100 countries and 3,900 buyers, MIPTV is the Spring event for the global entertainment ecosystem,” said Laurine Garaude, director of Reed Midem’s television department, at an end of market press conference.

She added: “The inaugural MIPDrama Screenings was a real success and proved to be a launching pad for high-end drama. MIPTV overall was a springboard for shows across all genres, helping them accelerate their sales in the international market.

“And the coming together of traditional TV alongside the newer Digital Studios, MCNs, 4K specialists, YouTubers, and Virtual Reality experts confirms that the entertainment ecosystem at MIPTV is as vibrant as ever.”