Starz goes OTT in US with SVOD platform 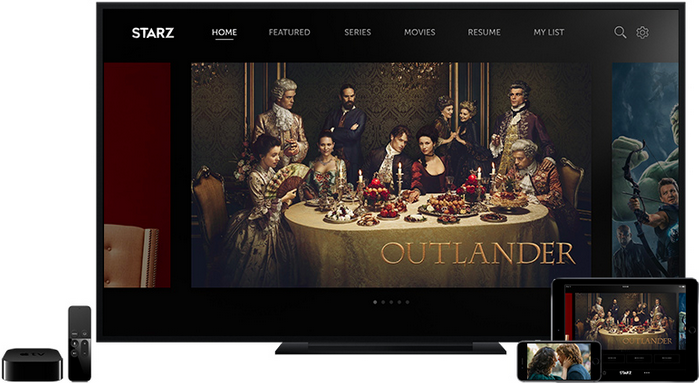 Premium cable channel Starz has created an over-the-top streaming service in the US, offering shows such as Power and Outlander for US$8.99 a month.

The platform will comprise more than 2,400 titles, including upcoming series American Gods and high-profile movies such as Avengers: Age of Ultron and Star Wars: The Force Awakens.

In a marketing move to boost interest in the app, Starz is making the season two premiere of Outlander will be made available to stream on April 7, two days before its linear debut on Sunday (April 9).

The app has been made today on various platforms and allows up to four users to watch simultaneously.

“Starz has entered the market today with an enormous value proposition for consumers,” said the channel’s CEO, Chris Albrecht.

“Our programming will now be more widely available to the 20 million broadband only homes of cord nevers, cord cutters and cord shavers, including millennials and other underserved consumers who need other viable subscription service options.”

The news comes as Starz’s long-term future remains unclear, as talks to tie-up with Lionsgate Entertainment have as yet not ended in a deal.

Starz already has an SVOD app in the Middle East, where it launched last year.