Zinc Media has acquired a corporate video producer, marking the first acquisition it has made since its new brand came into play last month. 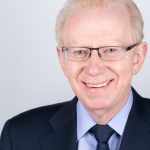 It has now bought Straker Films, a deal that punctuates a strategy to become a key player in the corporate storytelling market.

“Zinc Media has already broadened its range of television production through the acquisition of Reef TV and its investment in Chrysalis Vision,” said Zinc CEO Mark Wood.

“The acquisition of Straker Films gives Zinc Media a significant and credible footprint in the corporate video and story-telling market and we look forward to developing our business in this high growth market.”

Ten Alps recapitalised last June after an uncertain period wrestling with a debt pile, with founder Bob Geldof exiting the business in the process.

“This restructuring puts us in a perfect position for a hugely exciting media future,” singer Geldof said at the time.