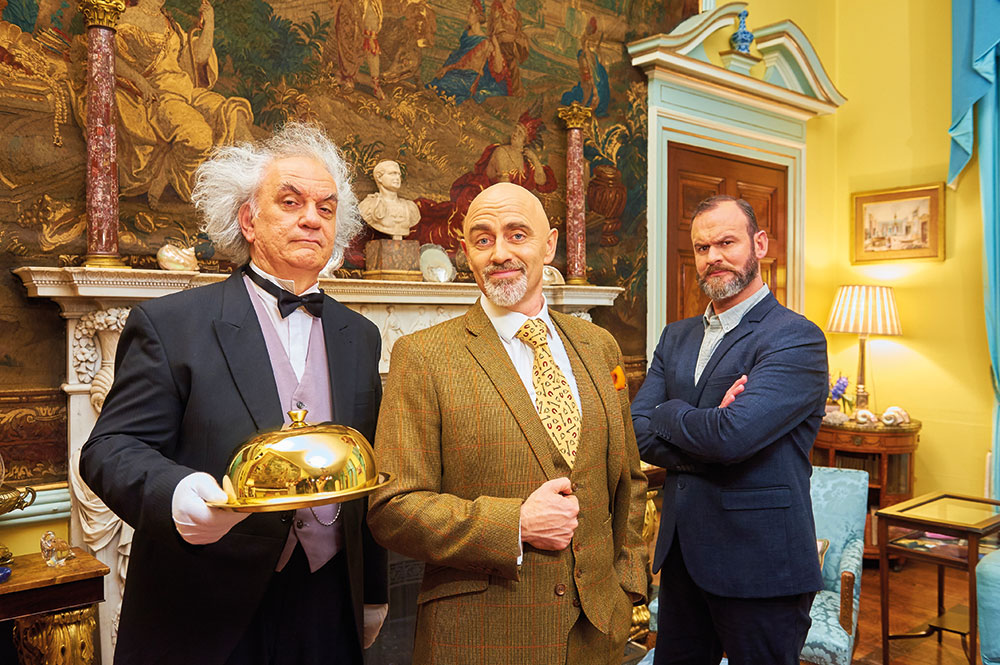 The main challenge with an evergreen  format like Come Dine With Me (37 versions worldwide) is keeping it fresh, says ITV’s executive VP of global development and formats, Mike Beale. In the past, this has meant celebrity specials, dating episodes and digest clip shows, but Come Dine: Champion of Champions marks the first time the format has been entirely reworked.

“What else can you do with it?” asks Beale. “We think turning it into a competition might be the next step.”

Champion of Champions sees former CDWM winners cooking against each other in a series of special challenges. Though the familiar peer-marking system of the original remains, special guest judges (including Michelin star chefs) bring an ultra-critical edge to each episode.

Beale says that though some contestants take the cooking seriously, the presence of CDWM’s narrator, Dave Lamb (in front of the camera for the first time, and pictured above middle), keeps the familiar light, cheeky tone. “It’s the antithesis of Masterchef,” Beale says.

In the UK, a 20-episode first season is airing on Channel 4 in access primetime. “This is in the familiar slot; it’s comfortable television,” says Beale. “You know what you’re going to get as you know the brand.”

ITV Studios Global Entertainment plans to shop the format primarily to channels that have previously aired, or still air, the original.

“It could switch channels in territories where it is off air, and it really depends on the local history,” says Beale. “Each story is going to be slightly different.”

The show: Come Dine: Champion of Champions
The producer: Shiver The distributor: ITV Studios Global Entertainment
The channel: Channel 4 (UK)
The concept: Former Come Dine With Me contestants go up against each other in cooking challenges