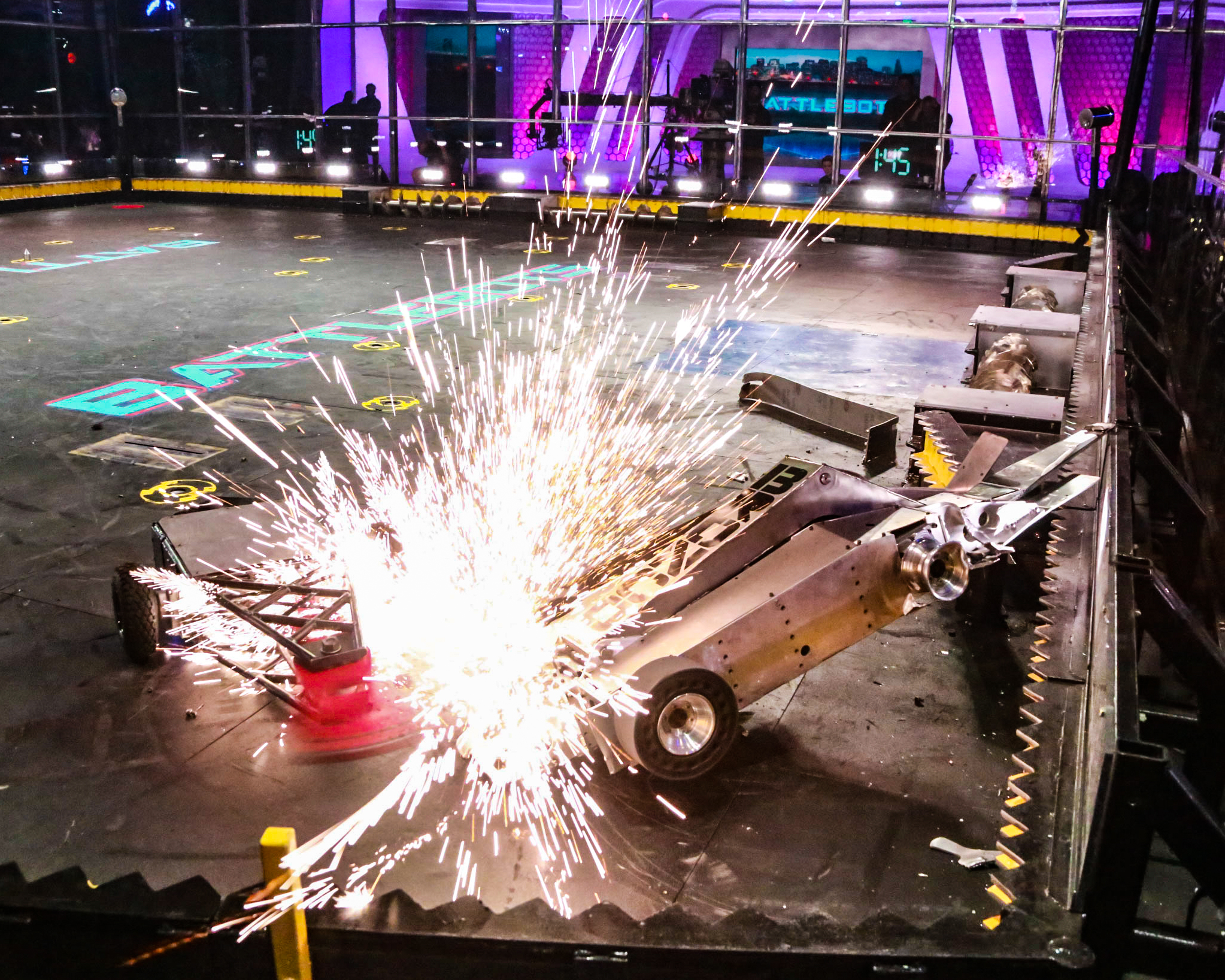 A five-foot humanoid combat robot named ‘The Obwalden Overlord’ will touch down in Cannes next week, as a face-off between two rival formats looms large.

The mech will be at MIPTV with UK-based Sky Vision, which has acquired rights to ABC robot combat series BattleBots. Rights to the 6x60mins season one are immediately available, with the 11x60mins season two available later this year.

BattleBots will go into direct competition with Robot Wars, a similar format that Sky Vision rival distributor Passion Distribution is debuting at the market.

Both companies have the finished and format rights to the respective shows. Passion is pitching its Glasgow-based arena as a hub to potential broadcast partners, with Sky Vision also looking for partners on a European production hub.

The format sees 48 homemade robots battle against each other in knockout competition.

“BattleBots is the ideal property for today’s audience as it sits at the intersection of three of the most powerful entertainment trends in the current cultural zeitgeist: sports, gaming and technology,” said Whalerock Industries head of unscripted and series coproducer Chris Cowan.

BattleBots was originally spun out of the original Robots Wars events in the US in 1990s.

It aired on Comedy Central for five seasons between 2000 and 2002. ABC then rebooted it, launching its first season, which will be sold in Cannes, in June 2015.

Robot Wars, meanwhile, initially found prominence on BBC Two in the UK in 1998. It ran on the terrestrial until 2001, before switching to the now-defunct BBC Choice and then Channel 5. BBC Two announced it was rebooting the format last year, and its first season is currently filming.

“We can’t wait to bring the sport of professional robot combat to the world,” said Edward Roski, BattleBots Inc. CEO. “Our goal has always been to turn BattleBots, which is world’s only primetime robot fighting format, into a global sports/entertainment property.”

Early market chatter suggests robot battle formats are taking the fancy of buyers, and next week’s MIPTV will prove if this translates into deals.