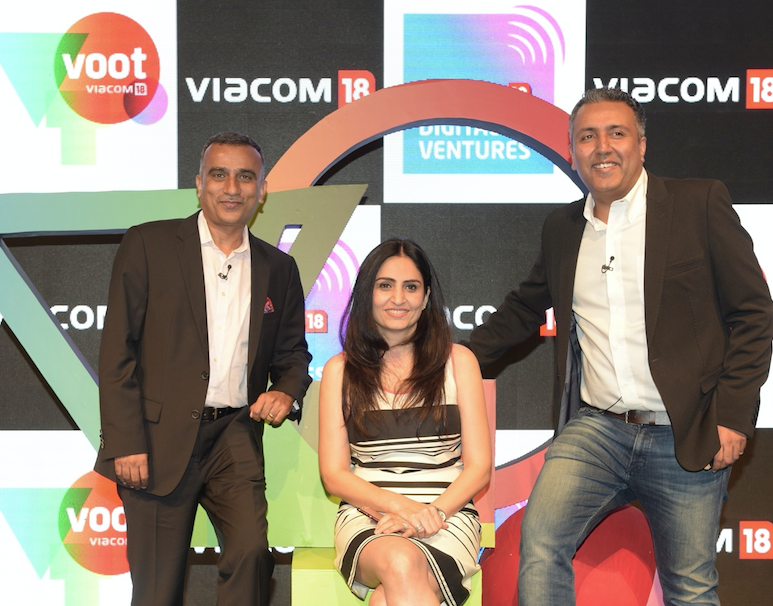 The platform will be made free on iOS and Android devices and the web, and will house series such as Dora the Explorer, SpongeBob SquarePants and Chhota Bheem from Nickelodeon.

It will offer the entire content libraries of Viacom18 channels such as Nick, MTV and Colors, and – significantly – will have a “repository” of original programmes – VOOT Originals – featuring Bollywood actors such as Gulshan Grover and big-name scriptwriters and directors.

The platform will offer an alternative to Netflix, which recently launched in the market, and the US studio-backed Hooq.

Six originals are planned through the launch phase, including what’s being described as India’s first mockumentary, titled Badman. The four-part show comes from Soulmik Sen and was co-written by stand-up Anubhav Pal, and will star Grover playing a version of himself.

Soadies is a comic spin-off of popular Indian series Roadies, with prodco Frames attached as producer, while another comedy, Chinese Bhassad, comes from Raahil Qaazi (Do Dooni Chaar). Sinskari is billed as a talk show with a twist, produced by Monozygotic.

Meanwhile, on the reality front, a ‘content around content’ section will offer specially curated and platform exclusive programmes.

“As a network we are a content powerhouse, be it through our television channels or through our film studio,” said Viacom18 Digital Ventures COO Gaurav Gandhi (pictured, above right). “Our content strategy for VOOT is true to Viacom18’s philosophy of inclusive entertainment.

“Between VOOT Originals, VOOT Kids, our network content and Content-around-content created exclusively for the platform, the idea is to peddle happiness to the ‘always wanting’ India, racing to go digital.”

The free pricing may prove a boon against VOOT’s Indian SVOD rivals. Various commentators have criticised Netflix for pricing its Indian offer in line with the amount it charges elsewhere, which could lock out large swathes of the lower-income local audience.

“From a business standpoint, we are following the advertising led VOD model,” said Gandhi. “As the market matures in the next 12-24 months, we will be evaluating both freemium and subscription led models.”