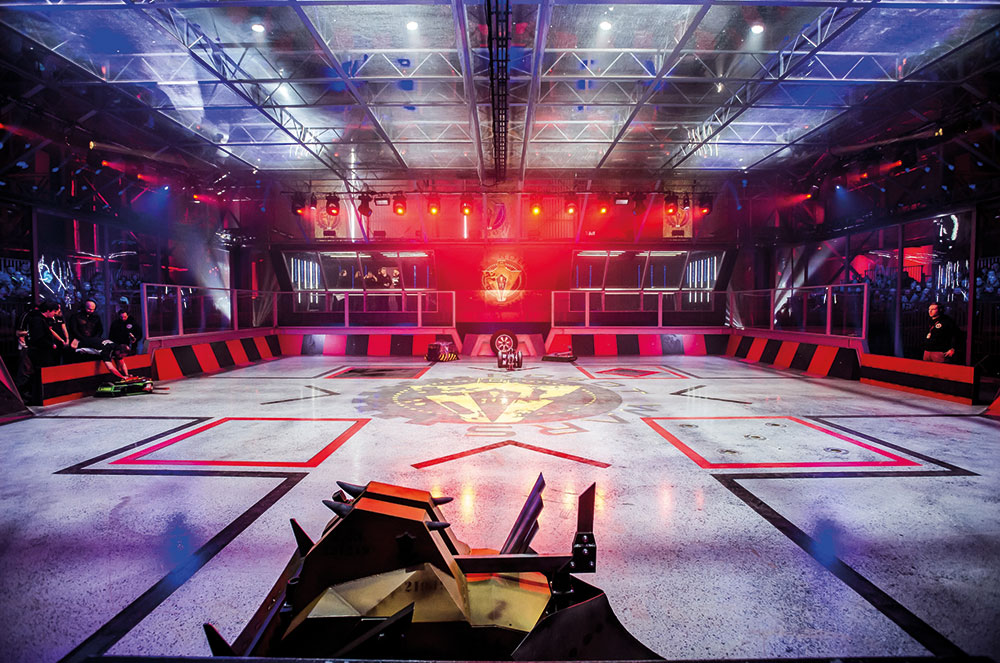 The return of Robot Wars to the market will be among the biggest stories at MIPTV this year. The eccentric robot-combat series, which first broadcast in the UK in 1998, has been brought back by original commissioner BBC Two, which is planning a new six-part run.

The move came after US broadcast network ABC decided to reboot BattleBots, an American series that shares the same roots of the Robot Wars tournaments of the mid-1990s. “Robot technology has become a zeitgeist topic again,” says Elin Thomas, director of global sales at Robot Wars distributor Passion Distribution.

The basic Robot Wars format sees teams of battle-robot designers pitting their ‘mechs’ against each other in one-on-one contests at a specially built arena that is complete with obstacles and mean-machine ‘house’ robots (think Matilda, Sir Killalot and Shunt). The object is to immobilise the competition, with judges scoring the three-minute skirmishes. A commentator ramps up the energy during the fights, while a host and a pit reporter are behind the scenes.

Nick Rees, managing director of Passion, says many of the popular house robots will return, albeit with “makeovers”. Comedian and science buff Dara Ó Briain replaces Craig Charles as host, and Jonathan Pearce returns to commentate.

“A lot of details are still under wraps, but it’s really going to build on the previous format,” says Thomas. “It will be returning with the latest technological advances, but with the format beats of the original.”

Thomas says the modern show will have reality and magazine-format elements with expert input, and she expects the format to work for male-skewed networks around the world. A key selling point for acquisitions executives concerned with cost is Passion can provide channels with access to the purpose-built arena in Glasgow, Scotland, that was created for the new BBC Two effort.

“The international hub in Glasgow has amazing cameras and looks fantastic,” says Thomas. “We want our international buyers to produce there, and we can make it available for them.”

Rees also points to the licensing and merchandising potential (Robot Wars’ television successes have always been accompanied by L&M success), and says that extra footage shot by the plethora of stadium cameras in Glasgow means broadcasters can create plenty of multiplatform video around the core linear show.

The concept: Reboot of the 1990s robotic battle format