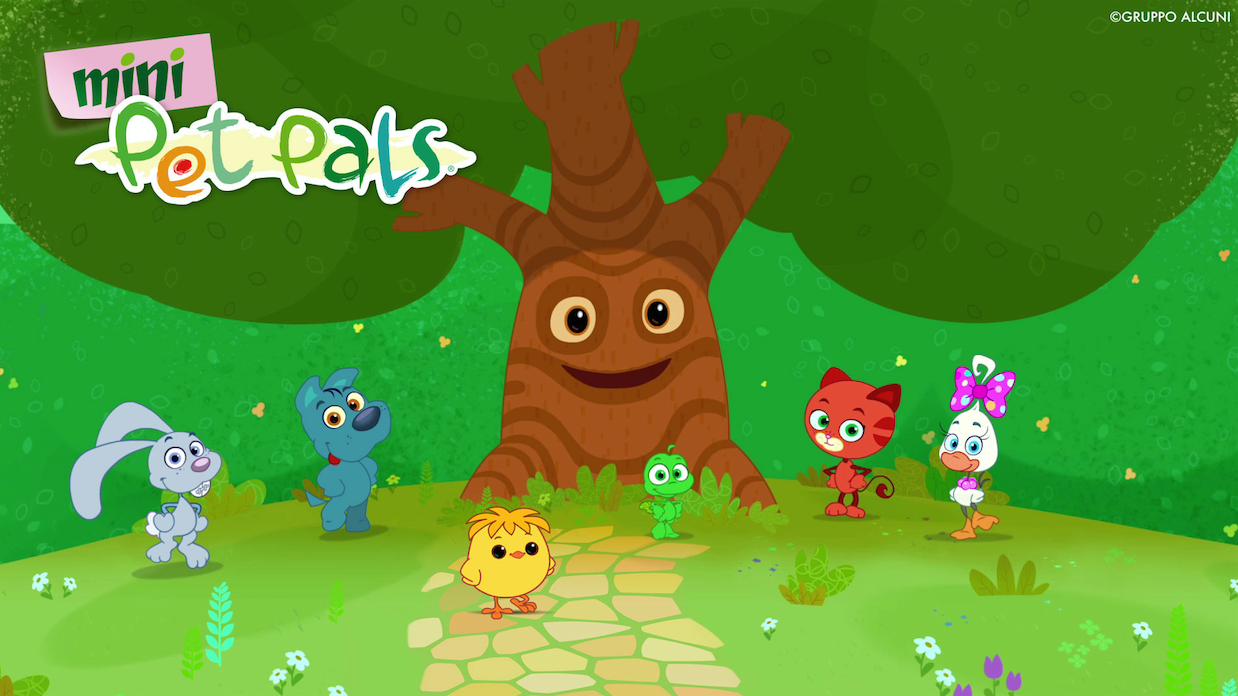 The sequel to the popular kids series Pet Pals will launch internationally at MIPTV next month.

The show has six different theme songs, each containing a riddle for preschoolers to solve.

Each episode takes place in a playground and ends in a lesson; the indispensable adult figure is represented by a wise tree that intervenes at the beginning and end of each episode and each time the Mini Pet Pals need help or advice.

The 52x6mins series is set in a playground and has lessons around discovery and emotions for young viewers.

The main Pet Pals, also from Treviso-based Alcuni and for Italian pubcaster Rai, has sold well internationally and also spawned a movie The Pet Pals and Marco Polo’s Code.

Portugal’s RTP and Russia’s CTC were among the buyers of the original series.