Televisa has snagged a raft of BBC programming for its recently-launched SVOD service Blim.

The Mexican media giant has inked a deal with BBC Worldwide, the commercial arm of UK pubcaster the BBC, covering over 200 hours of programming across drama, factual and entertainment.

The agreement covers Top Gear (left), the car magazine series and best-selling factual show in the world, and sci-fi drama Doctor Who (below), another of Worldwide’s top earners.

Both shows air on the BBC in the UK, but the Blim deal also covers third-party offerings such as drama series Misfits, which was on Channel 4 in the UK.

Factual titles in the deal include blue-chip series Earth and Wild South America. Historical doc Auschwitz: The Nazis and the Final Solution is also included.

Televisa has been aggressively marketing Blim since its launch in February and recently said it will hold back its own content from regional SVOD leader, and Blim’s chief rival, Netflix. It has also been acquiring a large volume of content. 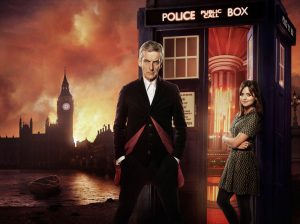 “This agreement also allows new audiences across the continent have access to some of the most renowned titles of the BBC at their own convenience – on demand and on multiple platforms,” said Anna Gordon, executive VP and managing director of BBC Worldwide Latin America and the US Hispanic market.

“We are very pleased that BBC is part of the catalog of Blim, have a high quality content that we are sure will please our subscribers,” added Carlos Sandoval, director General of Blim. “And the best thing is that our subscribers will be able to see when they want, in any of your devices with internet access. With deals like this we continue to strengthen Blim.”