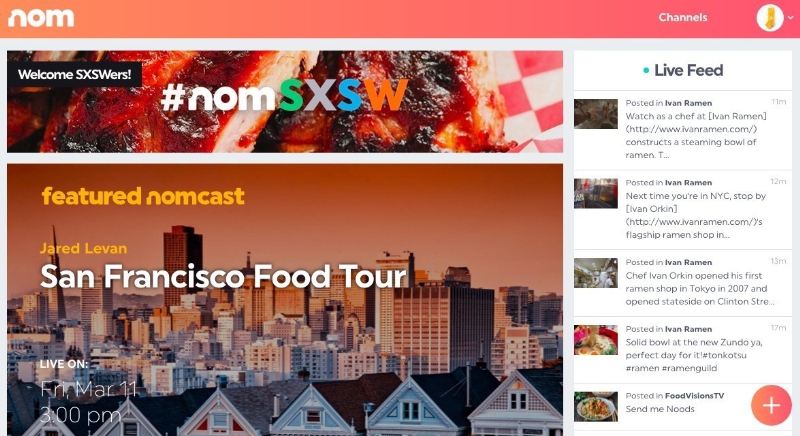 Chen and former engineering lead for YouTube Vijay Karunamurthy founded the service, which is designed to let users direct, produce and host their own food shows.

Viewers can ask questions through different Nom channels and learn from chefs, baristas, bloggers, ‘brewmasters’ and ‘grillmasters’, according to the company. Three-star Michelin chef Corey Lee, an investor in the business, and sommelier Yoon Ha of Benu in San Francisco are among the personalities that will launch channels on the service.

“Collaboration is key for us at Nom. We worked with an incredible group of chefs, makers, and creators to build the site and app they would want to reach an audience live,” said Karunamurthy.

“Now any creative team can produce their own show. We’re seeing people use Nom for coffee tastings, cooking demos, and live coverage of pop-up experiences.”

Nom is live now and the Nom app is available to download from the Apple App Store. Chen will demo the service at next week’s SXSW conference in Austin, Texas.