The BBC has ordered Murdered by My Father, and a new season of Murder for BBC Two, bolstering the UK pubcaster’s line-up of dramas based on real-life crimes. 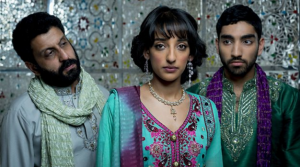 In the walk of Making a Murderer, The Jinx and The People v. O.J Simpson in-depth examinations of true crimes are a popular genre for broadcasters and audiences.

Murdered by My Father, for online channel BBC Three, is billed as factual-based drama, and follows the honour killing of a British-Asian girl.

The show, which follows in the footsteps of Murdered by My Boyfriend, will be produced in-house and online from late March.

Controller of BBC Three Damian Kavanagh said: “This is also a good example of the creative freedom we now have – we’ve lined up some brilliant short-form content to supplement the film and we’re no longer constrained by timeslots – Murdered By My Father runs to 75 minutes because that’s what has worked for telling this incredibly powerful story.

For linear channel BBC Two, a new three-part season of Murder has been greenlit.

Zodiak Media prodco Touchpaper TV will make the series, which uses CCTV footage, forensic evidence and the major players in the drama speaking direct to camera to recreate the moments leading up to a murder.