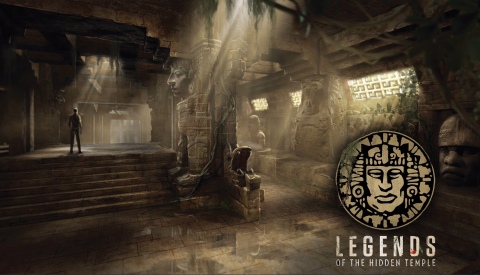 US kids channel Nickelodeon has greenlit an action-adventure telemovie inspired by 1990s game show Legends of the Hidden Temple.

Looking the last decade of the 20th century as been a driver for Viacom-owned Nick in recent months. Today it also confirmed a two-hour animated telemovie of toon series Hey Arnold!, which was previously announced as in development.

The Legends of the Hidden Temple programme will be a live-action effort starring Isabela Moner (100 Things to do Before You Die), and will go into production this month.

The premise of the 1990s game show saw kids competing to retrieve artifacts from a Mayan temple. The telemovie will see three siblings embarking on a high-stakes, life-or-death mission.

The Hey Arnold! telemovie will hail from Nickelodeon Animation Studios, and debuts in 2017. It will see original star Arnold finally getting answers about his missing parents.

“The greenlights for the Legends of the Hidden Temple and Hey Arnold! TV movies are terrific examples of how we are bringing our beloved content back to life both for new audiences and the generation that grew up on them,” said Cyma Zarghami, president, Viacom Kids and Family Group.

“These TV movies will keep the spirit and essential themes of the original source materials intact, while branching out in new ways that will speak to and captivate today’s kids.”