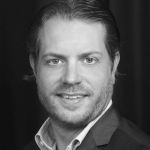 SF Kids Play launches on February 29, offering a monthly subscription at SEK59. All programming is available streamed or offline as a download.

Programming includes titles from the Astrid Lindgren’s Pippi Longstocking, Saltkråkan and Pettson & Findus brands, and acquired shows such as Rory the Racecar, Maya the Bee, Vicky the Viking, Thomas and Friends and Chuggington.

Films and short-form content will also be offered, and parental controls will allow content to be blocked if necessary.

The move is another example of content companies going direct-to-consumer in a bid to monetise their libraries and connect with audiences.

We have a well-filled treasure chest with movies and series that have been packaged into a new concept for the digital world, and it feels great to be able to offer this to families with children in Sweden,” said SF CEO Jonas Fors (pictured).

“The range of entertainment for children online is great, but what has so far been lacking is a safe corner with a mix of classics and news,” he added.

Customers are being offered a month of SF Kids Play free of charge, a model most SVOD services have adopted.

SF is one of Sweden’s oldest media group, having been founded in 1919. It now operates in Sweden, Norway, Denmark and Finland, and operates in TV, film and international distribution.