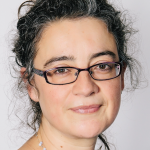 Chatfield was most recently at the New Zealand Film Commission, where she was head of development and production.

She has also worked at Working Title Australia, NHNZ and Eyeworks New Zealand, which is now part of Warner Bros. International Television Production.

Pukeko, which was formed in 2008, is with Goalpost Pictures a coproducer on Cleverman, the new sci-fi drama for Australian pubcaster the ABC and US cable channel SundanceTV. It is also a coproducer on ITV Studios’ animated series Thunderbirds Are Go.

“Lisa brings to her role a strong development and production background with experience in both film and television content for adults and children,” said Spink of the new hire.

“Lisa will work closely with our talented development and production team led by Martin Baynton and Angela Littlejohn on our future television slate as well as our current line-up to continue to produce world-class internationally rich content.”