In three years Netflix and its SVOD counterparts have turned the TV drama world on its head. Whereas the Holy Grail for a drama producer was once a US network commission, now a global order for Netflix, or an Amazon pilot, is becoming the greatest prize 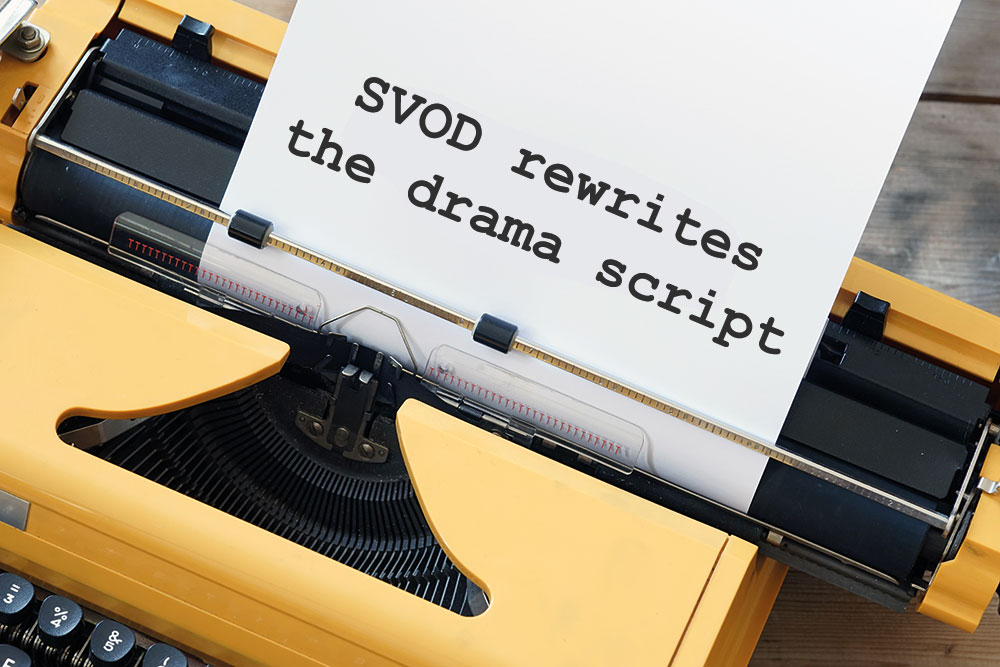 What’s the difference between pitching a drama series to Netflix and to TV? One distinction between SVOD and traditional TV is the speed at which the new players move.

“The initial pitch is really the same: you have to convince one or two of their guys,” says Federation Entertainment founder Pascal Breton. “What changes after that is you have to move much faster.” His fledgling company is making Marseille, a political drama set in the titular southern French port, and the first original for Netflix in France after it launched there last year.

“Once they like the idea they go fast, and they want the whole package,” says Breton. “They want a script, talent and a director, or it just doesn’t feel real to them.”

There is also a competitive element to the quick decision-making. Andy Harries, boss of Sony-backed prodco Left Bank Pictures has said Netflix bought the idea for The Queen in the room. Amazon reportedly did the same for The Collection, the period fashion drama from Lookout Point that will be its first original out of the UK for its Prime Instant Video service. “They don’t want to miss out,” says Dan Whitehead, head of drama and digital at TV trends research firm K7. “It’s better for them to say ‘yes’ than let it end up on another service.”

In contemporary TV terms, three years is an age, and has been long enough for Netflix to rewrite the rules of producing and selling drama. That is the length of time since Netflix’s House of Cards (above) was released, garnering plaudits and critical acclaim, and propelling Netflix into the world of high-end scripted TV.

For TV scribes, there were ramifications from the moment that Netflix released all episodes of Steve Van Sandt drama Lilyhammer simultaneously, spawning a new era of binge viewing. Viewers had binged on DVD box-sets before, but getting new series at the touch of a remote rewired the way audiences consumed TV, and how shows are written.

Producers talk about making a ‘long movie’ when they make an SVOD series. Without weekly installments, cliffhangers became redundant (if the gap between episodes is seconds, the tension is removed). ‘Story of the week’ procedurals are also out as they don’t fit the binge model in the same way as highly serialised shows.

The streaming model also changes the way success is measured. No longer are ratings the currency that dictates whether a show gets a second season (or in the case of the US networks, a second episode). “When you talk about drama in the VOD world it’s not about the overnights, and that allows you to have a slow burner,” says Gary Woolf, executive VP, commercial development, All3Media International.

The best example of the phenomena Woolf identifies remains Breaking Bad, which slowly won an audience via Netflix after middling ratings on AMC, building to a huge final two seasons on linear TV.

“These platforms have the freedom to ignore commercial requirements,” says K7s Whitehead.  “They have changed the end product; it is no longer about eyeballs for ads. The content is the end product, and they can take a chance on something like [Amazon’s acclaimed original comedy] Transparent. If you can get 500,000 people paying for Prime Instant Video then it makes sense, and the whole idea of ratings isn’t part of the equation.”

Netflix is often used as shorthand for SVOD, being the service that others follow. It launched original drama first, Amazon and others followed, and the same is true of original SVOD films. It also has greater volume of originals, and spends more than anyone else, with Amazon behind in second.

Transparent gave Amazon its ‘House of Cards moment’; it was the show that made people take notice of its originals. “For a show to deal with such complex social issues, so sensitively, dramatically, and comically; and to receive such broad global recognition, shows the power of television shows and their ability to change our perception,” says Chris Bird, Amazon’s London-based director of content strategy.

Crucially, when success is measured in buzz, Transparent delivered gongs. “Raising the profile of the transgender community and the stories within has been a huge global success, and winning ‘Best Comedy Series’ awards  is a supreme reward to the team behind the show,” says Bird.

But is there substance – and volume – as well as style to the SVOD drama revolution? Netflix will soon be in 200 countries and already has over 70 million subs. With that global footprint, it delivered 16 original series in 2015.

Chief content officer Ted Sarandos told a US media conference organised by investment bank UBS last December that there will be 31 originals this year, and the emphasis is not on quantity. “I think that if you want a lot of volume you could go to YouTube for free and get a lot of volume,” he said.

“This is high quality stuff. Last year we had 34 Emmy nominations, Oscar nominations [and] ten Golden Globe nominations, so we’ve got programming that people want to watch.”

Netflix’s local output remains limited. Marseille out of France, The Queen out of the UK and 3% from Brazil are among the exceptions. The best opportunity for international prodcos is to set up in LA and package programming from there. “They don’t want to always work with major US studios because they are tougher on rights and the budget than indies,” says one prodco boss that has a West Coast base.

What producers often talk about when they talk about making an SVOD Original is the creative freedom they are afforded. “We do get notes, but they are bullet points and they are fair,” says Federation’s Breton. The situation is complicated when it is an international project such as Marseille, with Netflix operating out of LA, but again, the streaming service moves fast: “We send them scripts and the next morning our time we have notes,” the Federation chief says. 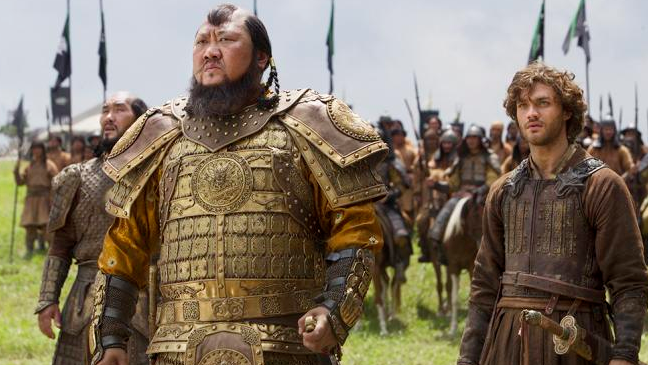 The SVOD originals are at the very highest end of the drama spectrum in budget terms; season one of Marco Polo (above) cost a reported US$90 million, and upcoming UK production The Queen will reportedly cost more, at £100 million (US$155 million). Marseille is understood to have a more modest, albeit respectable, budget of about €10 million (US$10.8 million). With linear TV budgets strained, the levels of largesse are not lost on traditional broadcasters: UK pubcaster the BBC has touted the fact it can make 14 licence fee funded series for the price of one of Netflix’s.

The net result of the huge programme spend is that the US-listed Netflix now outspends the BBC, HBO and Discovery, according to research house IHS, and globally only trails pay TV firm Sky (which spends billions on sports rights). Amazon, meanwhile, spends less, but still more than German broadcast giant ProSiebenSat.1, says IHS.

About a fifth of Netflix’s spend is on originals, and subscriber numbers have increased in line with the marketing hype and press attention. “We do plan to continue to expand Originals,” says spokesman Joris Evers. “One key reason is because we can make those titles available everywhere at the same time and they clearly differentiate Netflix.”

The SVOD drama originals story is no longer the sole preserve of Netflix and Amazon as other services seek to stand out from the crowd by investing in their own scripted fare. For example, Icflix in the Middle East is getting into the original movies game for its SVOD service with the likes of Burnout, a Moroccan drama from Noureddine Lakmari.

“Original drama does not only differentiate Icflix as a brand but also helps to enhance Arab content production,” says Icflix CEO Carlos Tibi. “This enables Icflix to become the only place for viewers to watch [this] original content.”

In a fiercely competitive Australian OTT market, Nine Entertainment and Fairfax Media service Stan is attempting to steal a march on Presto, Quickflix and Netflix with its first original, a series adaption of the 2005 Wolf Creek horror movie. The film’s creator and director, Greg McLean, returns along with star John Jarratt as Outback serial killer Mick Taylor.

“SVOD commissioners might have a local audience in mind but also tend to have an ambitious view of what a series can become,” Namiech says. “Look at Man in the High Castle (above); it was developed at the BBC which embraced it but at the same time couldn’t see how relevant it would be for its UK audience, which is why in the end it went to Amazon.”

Stan also has Enemies of the State coming through, a political drama from the production team behind ABC legal drama Rake. Essential Media and Entertainment and Little Mates are on production duty.

For some the impact Netflix has had on drama has been overplayed. “In terms of how Netflix/SVOD is impacting the content itself, I’d say we haven’t seen a shift yet, or not one as significant as the development of cable-led dramas, where content grew up and was allowed to deal with dark issues and adult themes,” says Nick Thomas, practice leader, digital media, at research house Ovum.

He adds: “In that sense, Netflix hasn’t had the impact of an HBO or AMC, it is essentially carrying on in that tradition. The rules of what constitutes premium video content are being rewritten elsewhere, in the short-form video space and with services like Twitch. Netflix has innovated plenty around the distribution of content but the content itself follows the structures of TV.”

For distributors, meanwhile, the advent of new platforms is a boon, although the market has naturally leveled as the SVOD platforms move from buying huge packages to more targeted acquisitions. 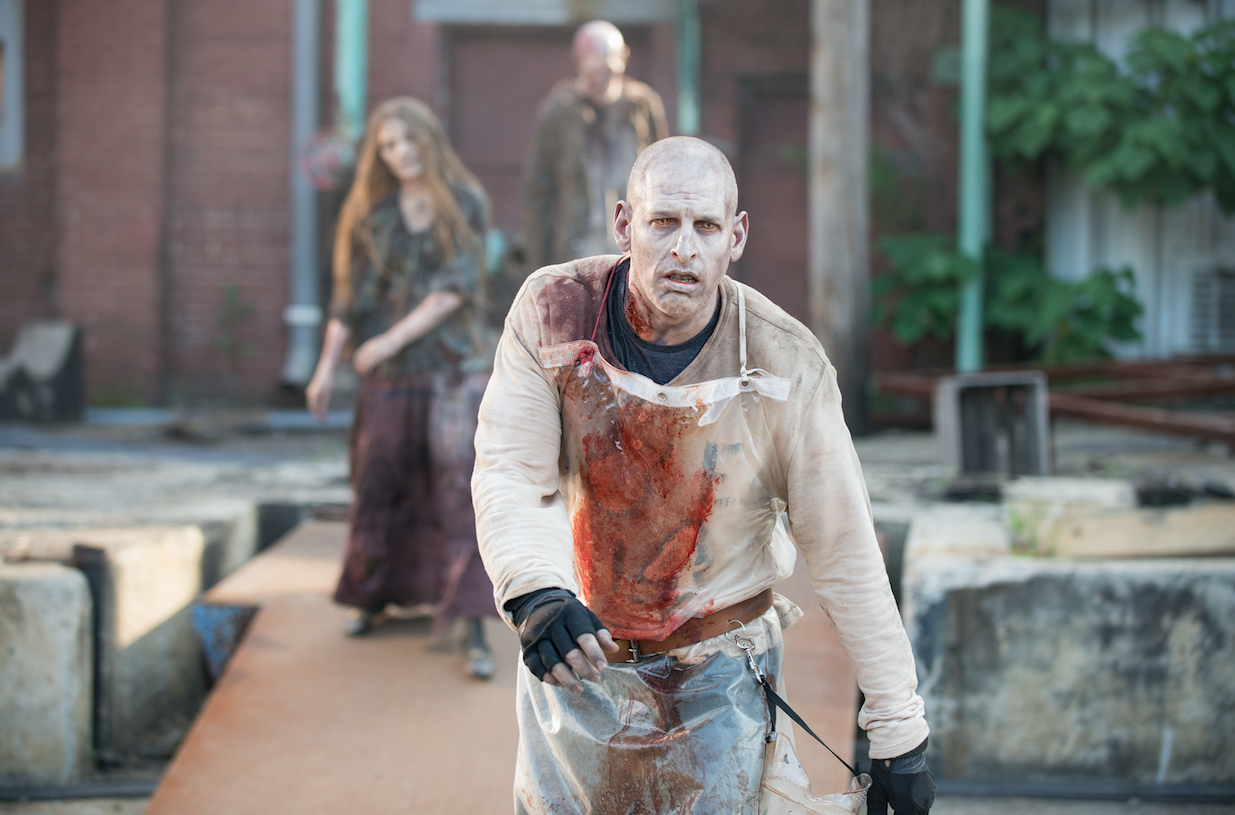 International pay channels are increasingly looking to worldwide releases – with the likes of The Walking Dead (above) going out globally within 24 hours after the US TX – but with its global roll out Netflix wants global rights, and not all distributors are ready, Sarandos told the UBS conference.

“We’re embarking on something that is fairly new in terms of in the media space; global licensing and programming,” he said. “Because there has never been a global buyer, it makes complete sense that Sony and Disney and Warner Brothers would have regional sales teams.”

Global deals leave distributors comparing a single license fee against a patchwork of deals. “You work out what the trade-off is, the global value versus what you can get locally,” says All3Media’s Woolf.

Netflix’s Evers says: “Selling rights worldwide in a single transaction is much easier than shopping a title around the globe.”