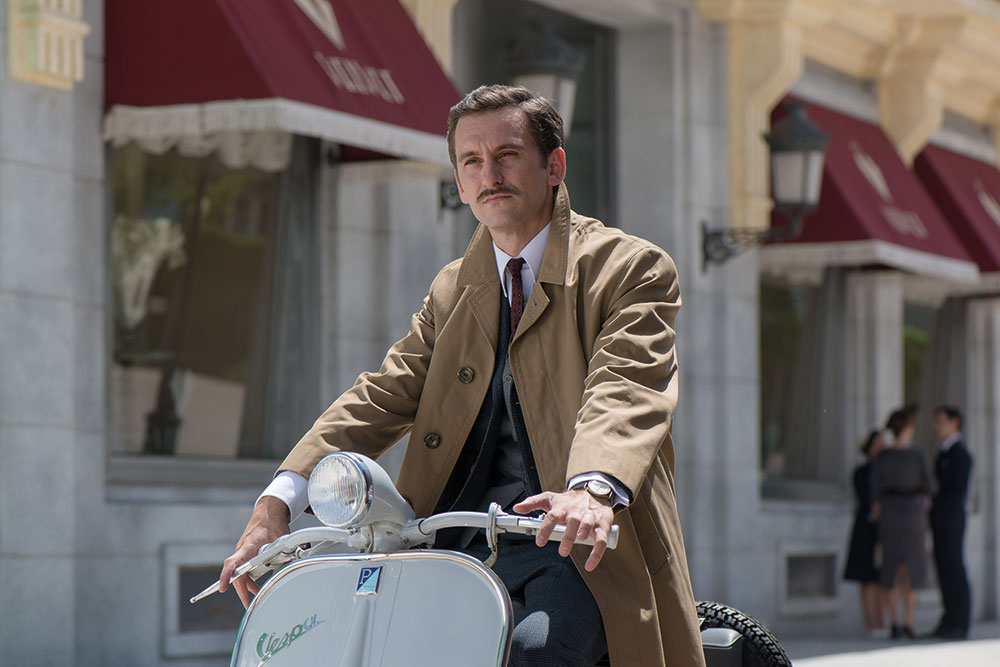 The green shoots of recovery are sprouting in Spain’s TV fiction industry, with TV ad market investment expected to grow 8.7% this year to reach €2 billion (US$2.2 billion). However, this doesn’t mean a full recovery: the figure is still far from 2007’s €3.5 billion pre-crisis peak.

The Spanish TV production companies that survived the country’s deep recession are gradually being restored to long-awaited stability, which allows them to formulate and supercharge their plans for growth.

Consolidation in the production sector is also happening, with leading company Boomerang TV acquired in May by French media giant Lagardere Studios.

This move, alongside the 2013 purchase of José Manuel Lorenzo’s DLO Producciones by Banijay Group, leaves Ramón Campos and Teresa Fernández-Valdés’ Bambú Producciones and César Benítez and Aitor Gabilondo’s Plano a Plano as the only independent companies among Spain’s top TV drama producers.

“For Spanish TV operators, local series are an expensive but necessary investment, since local audiences are willing to follow Spanish series over those from abroad,” says one Madrid-based TV expert.

On the TV content side, “the main changes this year have been the proliferation of shorter-term fiction products, and the bet on projects shot on location, away from sets, in order to create certain atmospheres,” says Toni Sevilla, head of fiction at Mediaset España.

“Spanish TV audiences are becoming so much more demanding; they have better knowledge of international drama and their tastes are maturing,” adds Juan José Díaz, Boomerang TV’s senior manager. “Acknowledging this new perspective, Spanish fiction is evolving, and we are producing high quality series that are valued in and outside Spain.”

For the first time, Mediaset España this year released an original drama on its thematic free-to-air channel Divinity, the youth-oriented series Yo Quisiera. “The birth of thematic channels took place in the midst of the crisis, so specific production for these channels is marked by the market’s economic evolution,” says Sevilla.

After new TV frequencies were allocated by the Spanish government, Atresmedia launched the Atreseries channel on December 22, dedicated to Spanish and international fiction. The network already reached six million homes in Latin America.

“With the creation of dedicated fiction channels such as Atreseries, we will begin producing more content,” says Nacho Manubens, deputy director of fiction at Atresmedia. “As these channels are consolidated, we will see if producing specific dramas for them fits within the programming strategy.” 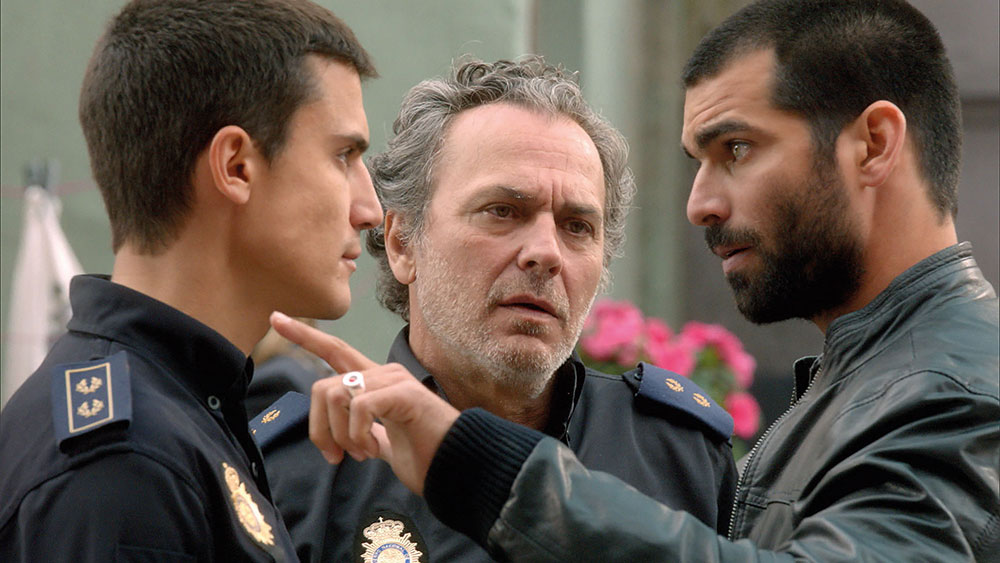 Primetime Spanish scripted, meanwhile, continues to be in good health. Produced by Plano a Plano, new series Down Below exploits cultural contrasts between Basques and Andalusians. It topped new season ratings among new dramas, averaging 4.3 million and winning a 22.5% share at Atresmedia’s Antena 3. It has now been taken abroad as a format, and a Ukrainian remake is underway.

In its second and last season, thriller-drama series El Príncipe (above) has been the most-watched scripted series this year, with 4.6 million viewers and a 24% share on Mediaset España’s core channel, Telecinco.

Debuting on September 22 at Antena 3, Boomerang TV-produced thriller Plastic Sea (below) placed four and five episodes among Spain’s top 20 programmes in October and November respectively, and was the only scripted show in those rankings. It had 3.7 million viewers and a 20.8% audience share. 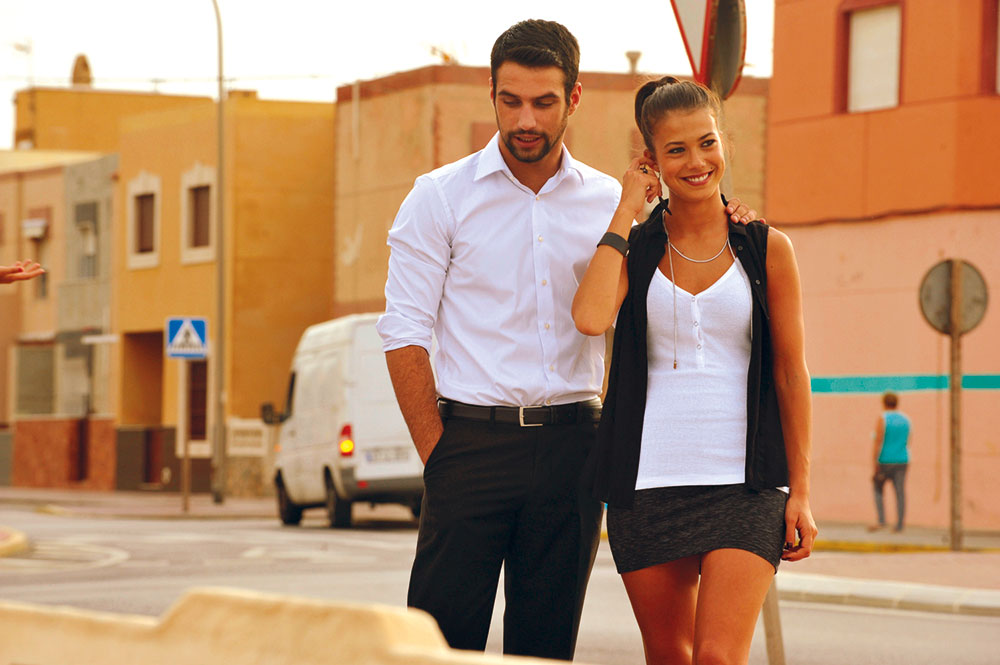 Selected by television trends analyst The WIT as being among the year’s most outstanding international fiction series, Plastic Sea began a worldwide assault at MIPCOM in October. TV deals in several territories are being negotiated, while a second season has already been confirmed by Atresmedia in Spain.

Meanwhile, SVOD is the window through which Spanish TV fiction is entering many territories, including the US. “American free-to-air TV was hardly, if at all, receptive to our productions, but SVOD is allowing us to reach that market,” says Bardem, who highlights RTVE’s period drama Isabel as a show that has performed well on-demand.

“Besides the more common pay TV deals for foreign products, we have also been able to place Spanish series on free-to-air TV stations across the entire region,” he says. “That’s very unusual and may be a new phenomenon.”

“For the last two to three years, the Italian market has been very receptive to Spanish drama, which is generating excellent results in the primetime slots of big networks,” adds Gockel.

A growing number of Spanish fiction formats have captured the interest of top international TV companies in recent years, mainly from the US. “Spain has become a TV market the big US players analyse, since this is one European country where local TV fiction is strong,” says Ramón Campos at Bambú, which is prepping high-profile Atresmedia thriller-drama La Embajada. Beta Film will distribute that show.

Boomerang TV, meanwhile, continues to perform strongly in the US market with ABC Studios adapting its format Motivos Personales. This came after NBC brought on Warner Bros. to create an English-language remake of Los Misterios de Laura. Motivos Personales, a pioneering thriller that was broadcast in Spain by Telecinco in 2005.

“Luckily, territories that in the past were completely closed to non-English speaking language product [such as the US and UK] are opening up, thanks largely to the success of Nordic series,” says María Cervera, head of international copros at Plano a Plano.

According to Beta’s Gockel, “Spanish scripts have changed from being slow to very fast paced in recent years. Whether genre, thriller or romance, Spanish dramas provide their audience with enough to keep viewers for more than one season. Furthermore, networks went for genres not seen before on Spanish TV, surprising people, and found new viewers” as a result.

As a result of the financial crisis, many local TV companies were forced to look abroad for the financing they lacked at home. That continued in 2015, with Spanish producers seeking more international partnerships.

Plano a Plano, consistently one of Spain’s most successful drama producers, is developing the pilot screenplay episode for new high-end international drama series Salazar. A coproduction with France’s Making Prod, part of the Makever Group, and international distributor Eccho Rights, Salazar is inspired by true events related to the witch-hunting that struck France’s Basque Country and northern Spain in 1608.

Gerardo Herrero’s Tornasol Films, producer of Juan José Campanella’s Oscar-winner The Secret in Their Eyes, is making a debut in the television drama arena with Félix Viscarret’s miniseries thriller Four Seasons in Havana. The show is an international coproduction with Peter Nadermann’s Nadcon, sold by Wild Bunch TV, and was prebought for Spanish free-to-air broadcast by pubcaster TVE.

Now part of Lagardere Studios, Boomerang TV aims to consolidate its strategic growth, especially in Latin America. “Our new scenario has increased our interest in participating in international coproductions, and we are already working on developing projects,” says Boomerang’s Juan José Díaz.

Boomerang TV’s Galicia-based arm Portocabo  coproduced English-language teen comedy series The Avatars with Italy’s Fly Distribuzione TV and Brave Film in 2013. The show became a sales hit, and deals were closed with KIKA in Germany, Globosat in Brazil, SABC in South Africa and Teletoon+ in Poland.

Portocabo’s Spanish-language thriller Hierro, which also has German prodco Nadcon on board, was chosen as best project at the Berlinale’s first CoPro Series pitching in February, as we reported  in this magazine last year.

“The Spanish market’s ability to take on new riskier or bigger-budget productions is limited,” says Plano a Plano’s Cervera, “so it is logical to seek partners outside our borders to make larger scale productions viable.”

International coproduction faces several challenges, however. In another pioneering move, Bambú Producciones teamed in 2014 with Atresmedia and BBC Worldwide on sci-fi drama Refugees. Broadcast May to June on Atresmedia’s La Sexta primetime, ratings didn’t live up to the huge expectations.

Although recognised with awards such as the Reflet d’Or for best international series at Geneva’s Tous Ecrans Festival, the drama averaged a so-so 7% audience share in Spain.

“Everybody is looking for TV coproductions,” says Bambú’s Ramón Campos. “What I am not clear about is whether we have found the right coproduction model.

“We tried to convey to the audience that, although shot in English and dubbed into Spanish, Refugees was a Spanish show, but I think the audience saw it as a series from outside, and foreign series are not working in Spain.”

According to Pepa Sánchez-Biezma, head of TV movies and mini-series at Mediaset España, “the main attractions of these series are the high level of production, the spectacular mise-en-scène, the universality of the stories portrayed, and their ability to transcend borders”. 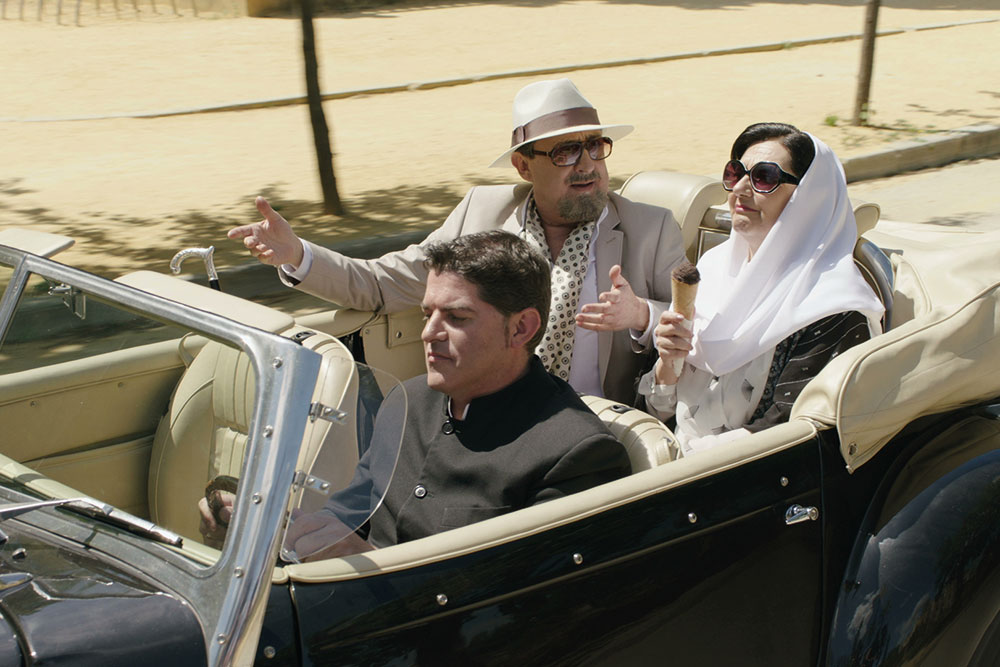 Some of the most hopeful news for local TV drama is coming from the pay sector. Movistar TV, which is part of Telefonica, has begun developing its first drama productions over the past year.

In  January 2015, Movistar inked a deal with Madrid-based producer José Antonio Félez and director Alberto Rodríguez, the team behind 2014’s multi-award winning feature film Marshland, to produce a yet to be titled, Seville-set historical thriller series.

Movistar has also partnered with film and TV director David Trueba (Living Is Easy with Eyes Closed) to develop a TV drama about couples of different ages and, more recently, announced a local adaptation of Lisa Kudrow’s comedy Web Therapy with popular Spanish TV star Eva Hache. These will all be released on Movistar’s premium channel #0.

“Original production will be an essential part of [SVOD service] Movistar Series,” says Domingo Corral, Movistar TV content director. “As players in Spain’s cultural industry, we are obliged to bring viewers the best international fiction, as well as getting the best national dramas produced.”

Meanwhile, after years of rumours, Netflix finally arrived in Spain in October 20. The SVOD giant has so far limited its initial commitment to the local TV industry to the acquisition of finished dramas such as Atresmedia’s Down Below (above), Boarding School, Velvet, La Reina del Sur and Grand Hotel, and TVE’s The Department of Time (below). However, links with Spanish TV production community will be strengthened in the future, as Netflix co-founder and CEO Reed Hasting said in October. 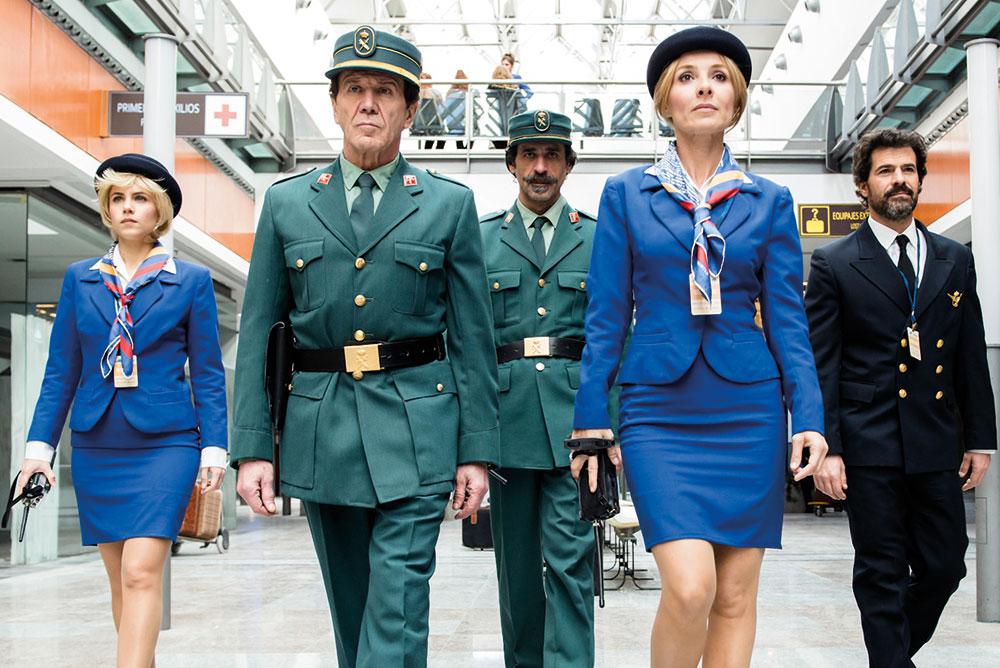 “We are producing content around the world, and we will produce in Spain as we have done with The Crown in the UK, with Marseille in France and with Narcos in Colombia,” he said.

SVOD offers are set to play a defining role in Spanish TV’s future, but expectations are high with regard to what pay TV operators may mean for Spain’s TV drama production sector in the medium term.