Formata has inked a deal with ITV Studios and will shop its formats in the Brazilian market.

It will sell ITV Studios formats to broadcasters and digital platforms in Brazil and, in some cases, will produce the Brazilian versions. 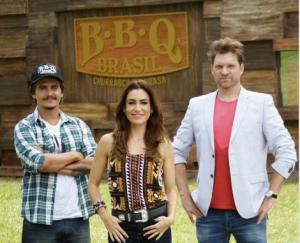 The prodco is making several unscripted shows for Brazilian free-to-air and pay TV broadcasters in Brazil including the local version of ITV’s BBQ Champ for SBT (pictured).

It will now pitch other ITV formats, with the UK-based company’s unscripted offerings including I’m A Celebrity… Get Me Out Of Here!, Saturday Night Takeaway, and Come Dine With Me.

Greg Johnson, executive VP, distribution for the Americas for ITV Studios Global Entertainment, said: “With one of South America’s largest television markets, Brazil is a key focus of our formats business, with two more of our formats going into production there this year.

“Daniela and the team at Formata have a great deal of production experience, close relationships with local broadcasters and platforms and a strong understanding of the Brazilian television landscape, all of which will prove invaluable in helping us to further grow our formats business in the country.”

“This partnership also allows us to tap into ITVSGE’s international distribution network and to keep Formata up to date with market trends and new developments in the audiovisual world.”