TV industry veteran Sir Peter Bazalgette will become non-executive chairman of ITV from early May, succeeding Archie Norman who is stepping down after a six-year stint 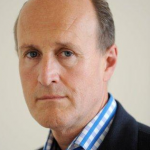 Bazalgette has been a non-executive director of UK-listed commercial broadcaster ITV since June 2013. A stalwart of the UK TV business, he has served as chairman of Endemol UK and chief creative officer of Endemol.

He is personally credited with creating the Ready Steady Cook and Changing Rooms formats, and with bringing Big Brother to the UK.

Bazalgette has also been a non-exec director at Sony Pictures Television in the UK, and Channel 4, and at the UK Department of Culture Media and Sport. He is also president of the Royal Television Society.

He said today: “As I have seen for myself over the last few years, ITV has gone through a remarkable resurgence during Archie’s chairmanship and there is still so much more that we can achieve.

“This is an incredibly exciting time for everyone in the media sector with change happening at an unprecedented rate, and I’m absolutely delighted to be working with Adam and the management team. TV is my first love.”

ITV has enjoyed a change in fortunes with Norman as chair and Adam Crozier as CEO, and has expanded aggressively internationally. Speaking about Bazalgette’s appointment, Crozier said: “ITV is now clearly in a much stronger position creatively, commercially and financially than when we started out and we’re in great shape to take on the many opportunities and challenges ahead.

“I’m really pleased that Peter, with his huge wealth of experience in television and the wider creative industries, will be with us as Chairman as we continue to grow and strengthen the business in the UK and internationally.”

Norman joined ITV in 2009. A former Conservative Member of Parliament, he was credited with turning around the fortunes of the Asda supermarket. He said today: “The last six years has been undoubtedly challenging but also extremely rewarding and enjoyable, and an experience I would not have missed for the world.

“The ITV I am leaving has a great track record, brilliant people and enormous potential for future growth. I leave it in the very best of hands.”

Outside of TV Bazalgette is chair of Arts Council England and on the board of ad agency BBH.