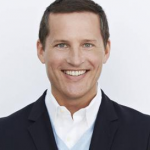 Earley exited Fox last year, a move that came after 21 years of service at Rupert Murdoch’s media group, and as the TV broadcast division merged with the Hollywood studio.

At Jackal, Earley will report to Berman, another ex-Fox executive, who formed the group in July 2014 and is CEO.

Jackal is behind Fox comedy Cooper Barrett’s Guide to Surviving Life and Pop’s Easiest Game Show Ever, and is also in pre-production on two-hour event The Rocky Horror Picture Show and has a number of other scripted drams and feature films in development.

“Joining The Jackal Group not only reunites me with my friend Gail, who inspires creators to infuse great projects with the innovation and commercial appeal this market needs, but also allows me to fully blend my creative pursuits with the operational and marketing experience that will help this business grow,” Earley said.

Earley left Fox last year having held roles such as president, marketing and communications, and also oversaw areas such as talent relations and scheduling. He had joined the company in 1994 as a publicist.

Berman created Jackal, which Fox Networks Group backs financially, having worked as Fox’s president of entertainment between 2000 and 2005. She was also founding president of Fox Television Studios and boss of Regency Television.

She later worked at Paramount Pictures before co-founding BermanBraun, which is now known as Whalerock Industries.