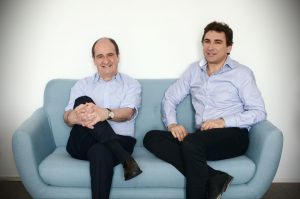 The service is due to launch soon in France, offering more than 80 local and international channels across different devices – including smart TVs, tablets, and mobiles. Molotov claims that tens of thousands of people have already registered.

“The wave of momentum that Molotov has been riding has led to strong interest outside of France,” said Blanc.

He added: “Jean-Pierre has superb international media experience and first-hand knowledge. He’s the perfect addition to our team as Molotov looks to expand internationally.”

Lescure said: “We’ve always had global ambitions for Molotov. Jean-Pierre has strong connections to some of the most influential media groups in Europe and his international expertise will help us to take Molotov to the next level.”