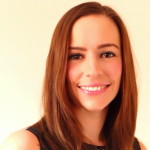 She joins from National Geographic Channels International and has also worked at the BBC and UK indie Dragonfly.

“[Claire’s] ability to make relationships tick, her creative instincts and her amazing attitude make her the perfect interface between the creative engine that drives our company — the producers — and the hard commercial realities of the market,” said Kate Llewellyn-Jones, managing director of TCB.

The company also announced several sales of its US cable shows.

UKTV, CBS Reality (Poland) and Digicast (Italy) have all picked up Murder Made Me Famous, the true crime series that was originally on the Reelz cable net in the US.

Another Reelz true crime offering, Copycat Killers, has been bought by Foxtel Australia and Investigation Discovery in the UK and Nordics.

The engineering series will go out on the Smithsonian cable net in the US.