ITV director of entertainment and comedy Elaine Bedell following Peter Fincham out of the door at the UK broadcaster. 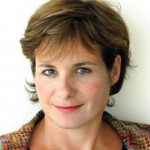 Bedell has decided to step down from her post after seven years with London-based ITV, during which time she has commissioned and overseen shows such as Britain’s Got Talent, The X-Factor and Ant & Dec’s Saturday Night Takeaway.

”Elaine has done a great job running entertainment and comedy at ITV,” said Lygo. “We have worked closely together during my time at ITV Studios and I am sorry that she has decided to step down, and that we won’t get a chance to work together when I cross the divide to look after the channels business.”

Bedell said seven years was “a long time to be a commissioner”, and that it was time to “let someone else make their mark”, adding: “I wish Kevin all the very best – I know he will do a great job.”

“Elaine has been a tremendous colleague over the past seven years and has led the entertainment and comedy team with unswerving commitment and enormous flair,” said outgoing television chief Fincham. “I can completely understand why she wants to seek new pastures and I wish her the very best of luck.”

Before joining ITV, Bedell was controller of entertainment commissioning at the BBC, and before that ran her own production firm, Watchmaker. Her most notable recent commissions include Ninja Warrior UK and You’re Back in the Room.