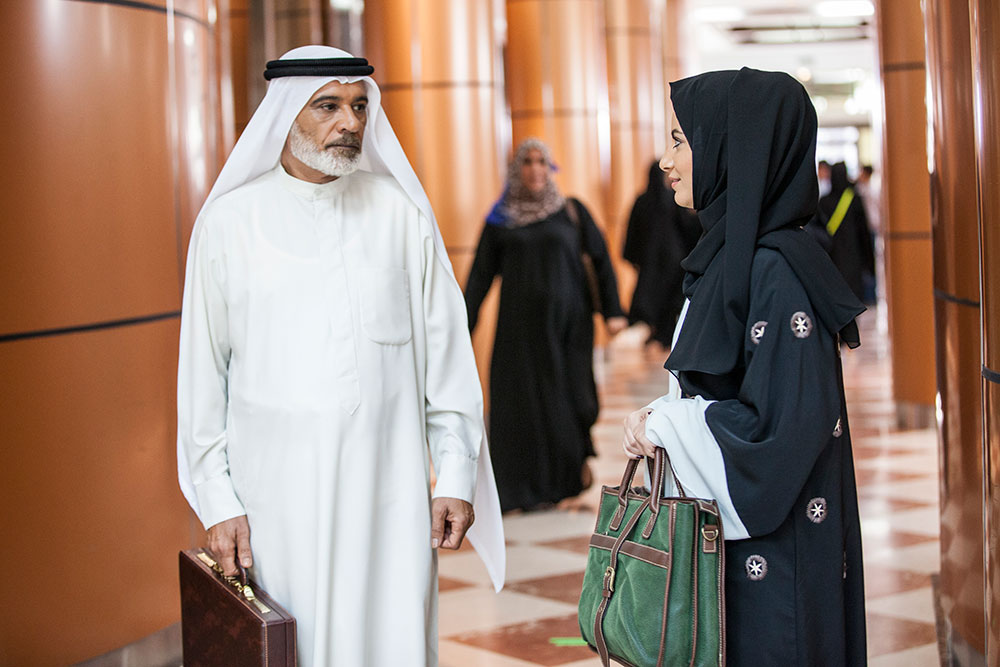 There is a tradition of local drama in the Middle East, but Heart of Justice is the first time an original legal procedural has come out of the region, and Qalb Al Adalah as it will be known locally is being billed as the biggest TV series ever out of the United Arab Emirates.

With US drama veteran Billy Finkelstein penning the scripts, new series Heart of Justice (aka Qalb Al Adalah) has been likened to a Middle Eastern LA Law. Filmed and financed out of Abu Dhabi, the Arabic-language series is unique in several ways. Firstly, it is not primarily scheduled for Ramadan; many regional dramas are designed specifically for broadcast during the holy month when TV viewing peaks, but with its 20 hour-long installments Heart of Justice is not specifically made to be stripped through the period.

Finkelstein, meanwhile, has a long list of scripted TV credits, many in the field of legal drama, including Law & Order, LA Law and Murder One. While his Heart of Justice scripts may not be considered edgy in US TV terms, they do break new ground in the Emirates. The writer was brought in by Men in Black producer Walter Parkes, who has been collaborating with Image Nation, the studio overseeing Heart of Justice. The Abu Dhabi Media-owned content company in turn recruited Dubai-based Beelink, which makes OSN’s version of Ugly Betty, as the on-the-ground producer.

Another American, former HBO Europe drama boss Marc Lorber, is showrunning the series, overseeing a 75-day shoot that took place entirely in Abu Dhabi. “The series is non-traditional in several ways,” he says. “It is not a format, and not a telenovela-type soap; it is clearly a drama. It has also been not been produced solely as a Ramadam series, and has been made without sponsorship finance.”

He adds: “We think this will look as good as the top Turkish dramas that are popular in the region.”

The show has a strong female character as the co-lead: Fatima Al Taei plays Farah, a Western-educated lawyer who, upon returning home to Abu Dhabi, confounds family expectations that she will join her father’s (Mansoor Al Feeli) successful law firm by striking out on her own as a defence attorney.

“Farah is an incredible character to play,” said Al Taei when the series was announced last year. “She is a great role model and it’s fantastic to see strong female Emiratis depicted on television. This show is testament to how far the UAE has come, not only in the media industry, but the country as a whole.”

The plot set-up allows for a legal and family drama that has both story-of- the-week elements, and longer arcs that run for several episodes and through the series. While the two leads are not unknowns, they are not the big names that the region’s soapy telenovela-esque series are usually built upon but there are several star turns during the show. Emirati television star Abdualla Bin Haider, Syrian actress Neven Madi, Lebanese media personality Carlos Azar, and Saudi star Khaled Al Buraiki all feature – but the fact these are supporting and not lead roles is a departure from the regional drama norms. Another of the guests stars turn is Lebanese singer Nicole Saba, who appears in a story about a notorious local murder case involving a pop star.

Funding comes from Image Nation and, crucially, the Abu Dhabi Judicial Department. The department was keen to be involved to promote its work and show how the rule of law is enforced in Abu Dhabi. It allowed the production team to film in its court buildings and law courts when they were not being used for official business, giving the series a visual stamp of authenticity.

The political and social ramifications of the series also extend to the boost it has given to UAE’s TV production sector, which, while growing, is in its infancy. Billed as the biggest series ever to be filmed in the UAE, Heart of Justice utilised the skills of a 70-strong crew, 200 actors and 1,000 extras and the hope is that the series will provide the impetus to create more original series out of the Middle East. That ambition looks more likely to become a reality after Netflix content chief Ted Sarandos, speaking while at the Dubai Film Festival, said the streaming service is looking for original stories from the region that reflect contemporary Arab life.

The idiosyncrasies of UAE law mean that Heart of Justice is unlikely to resonate with mainstream viewers in the West, but there are large ex-pat audiences for a distributor to target, though a sales agent is still to be appointed. No broadcast partner is involved yet, with the show was fully-funded without a channel attached. Officials from regional pay TV platform OSN are rumoured to have visited the set, and country-specific and pan-regional free-to-airs are also tracking the project.

Which channel places a bet on Heart of Justice will become clear soon. At that point audiences in the UAE and the Middle East will deliver their own verdict.