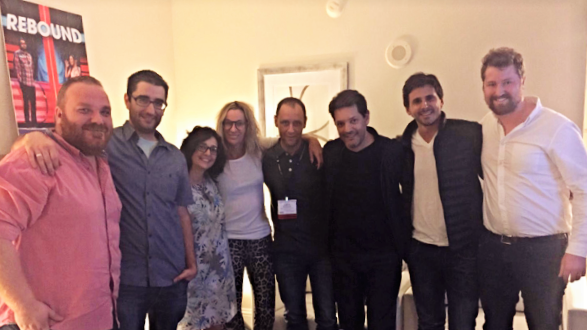 FremantleMedia and Telefe have agreed a two-year development deal.

The deal between the production and distribution group and the Argentine free-to-air broadcaster will run for two years and cover entertainment and unscripted formats.

The shows, which will target Telefe’s domestic market and audiences throughout the rest of Latin America, will be distributed elsewhere in the world by FremantleMedia International.

The co-development will take place in Buenos Aires and, FremantleMedia said, underpins its commitment to growing its business in Lat Am.

Adrián Santucho, CEO of FremantleMedia Latin America, said: “Today’s agreement is an important and exciting step forward in FremantleMedia’s plans to grow its business in Latin America as we develop and produce shows for the Argentinian market.”

Tomás Yankelevich, head of entertainment of Telefe, added: “Telefe has been producing entertainment shows with vast success for decades in Argentina. Now, with the expansion of our content development team, and working together with Fremantle, we know it is a big step forward to generate new formats, not only for our screen but also for the rest of the world”.

The Latin deal follows FremantleMedia setting up a China-focussed co-development deal with Shanghai Media Group, and a Scandi creative hub with Danish prodco Skylark, based in Copenhagen.