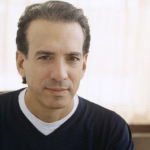 Toffler (left) has described LA-based Gunpowder & Sky as “the defiant lovechild of YouTube, the MCNs and Netflix”, and will produce across various genres, formats and content types for millennial audiences.

The former CEO of Viacom Media Networks Music Group, who left the media giant last year as the company major significant cut-backs, will run the company as CEO, along with Endemol’s former global head of strategy, Floris Bauer, and (Chernin Group and AT&T co-venture) Otter Media. The three partners all have equity stakes in G&S.

“The organising principle is, we want to nurture and find people with new ideas about how to tell stories,” said Toffler. “And we want to do that globally, with stuff that lives primarily in the digital ecosystem.”

“Gunpowder & Sky is a bold move for us into what we think is the next great opportunity in content production – producing premium groundbreaking video with up-and-coming as well as established writers, directors and talent for primary distribution on emerging platforms,” said Chernin Group CEO Chernin.

For Otter, which last month upped Sarah Harden to president, the deal comes after investments in Fullscreen, Crunchyroll and Creativebug.

Otter has in the past worked with Bauer, who is G&S’s president and previously spent nine years with Endemol. He was one of the early execs behind Endemol Shine MCN Endemol Beyond.