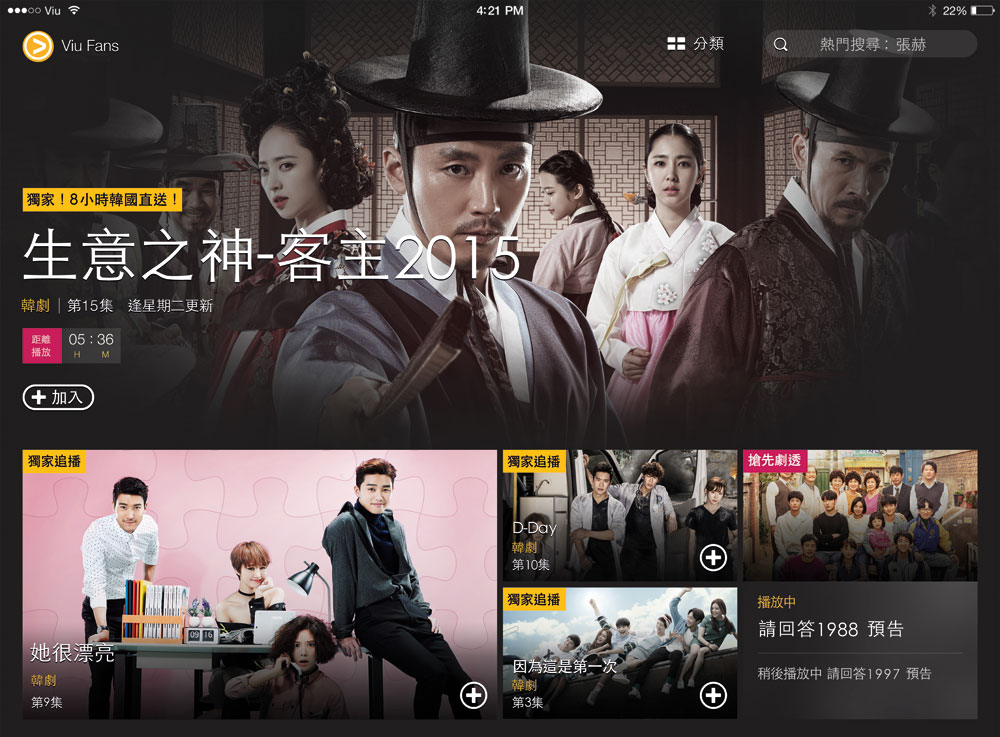 Viu launched in Hong Kong in October, announcing at the time plans to roll out throughout Asia and the Middle East.

Its freemium service has now launched in Singapore, the first of the planned international launches. PCCW said that Malaysia, India and Indonesia launches will follow the Singapore launch.

Unlike Netflix, Viu is largely programmed with regional content, notably from South Korea.

Speaking about the Singapore launch she said: “With smartphone penetration exceeding 80% in Singapore where 66% of Singaporeans regularly download and/or stream video content, Viu fulfils their desire to catch the latest Korean content, as soon as 8 hours while offering them streaming or download options.

It said today it has sealed pan-regional output deals with the main Korean free-to-air broadcasters – SBS, KBS and MBC – giving it an exclusive window on their content throughout the region.

Cable programmer and channel operator CJ E&M was also part of the deal, giving Viu programming from Korea’s four most important content providers. Viu said it will run the Korean shows as soon as eight hours after their linear broadcast.

Kim Yeong Seop, vice president of SBS Drama, said: “I am glad that SBS collaborated with PCCW Media to promote our partnerships with major telcos across Asia, we can leverage their network to distribute our quality content to viewers effectively.”

Lee Ueng Gin, executive managing director of KBS’s television division, added: “We commend Viu, its OTT service, for its ability to deliver 8-hour localisation of subtitles after Korean telecast. Fans of our drama and variety shows will no doubt find this appealing as opposed to having pirated, unstable streaming/download on illegal sites.”