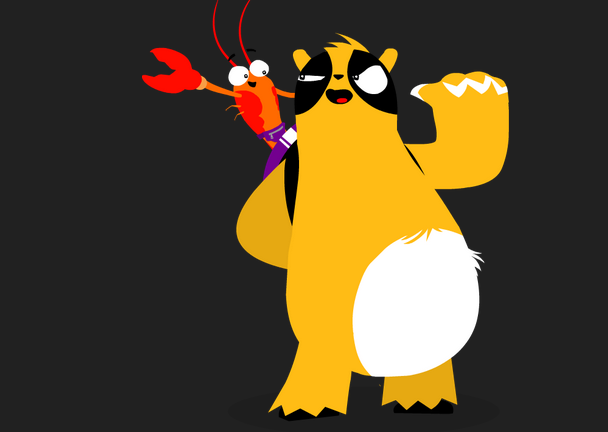 As Nickelodeon UK prepares for new management, the pay TV channel has commissioned a 5x5mins comedy for its digital platforms.

Tinkershrimp & Dutch comes from London-based creative agency Ralph. It will debut on nick.co.uk, nicktoons.co.uk and the Nick Play app on January 15. A behind-the-scenes video debuted yesterday.

Tinkershrimp & Dutch follows a langoustine, voiced by Darren Evans (Submarine), and a slow loris (Star Wars Episode VII: The Force Awakens’s John Boyega), who are time-travelling bodyguards for the eccentric monarch of New Great Great Britain. In each episode they go back in time to stop the plots of a fun-hating headless chicken (Sam Riley).

“We want to delight and surprise our audience and are committed to providing great content across all platforms,” said Suzie Adams, digital director, Nick UK & Ireland. “Tinkershrimp & Dutch is an example of our investment in high-quality entertainment for the digital space.”

Series co-creator Gregor Stevenson, said: “We wanted to create characters and a world where anything could happen, so spent a lot of time coming up with the most insane, hyper-British situations we could think of. At the core of it though, is basically a story about a group of friends who are trying to have a good time.”

The commission came after a brief from Nick UK & Ireland’s digital team was released.