US cable channel AMC has another hit on its hands after science-fiction/martial-arts drama Into the Badlands became the third highest-rating freshman cable series of all time.

AMC already has the top two cable debut series in the shape of Fear the Walking Dead and Better Call Saul, and the average 5.3 million viewers Badlands took across its first season places it in that company. All three series debuted last year. 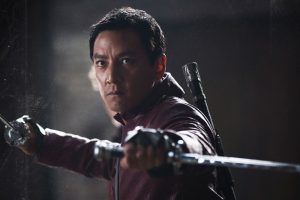 The show follows kung-fu movie star Daniel Wu as a warrior who serves a powerful baron in a future world that operates on a feudal basis. He goes on a journey with a young boy to seek enlightenment.

“In the simplest sense it is in the martial arts genre, but it is a little more complex than that,” Wu told TBI in October last year. “It is combining a lot of elements of Western cowboy films, Asian martial arts films, but in a post apocalyptic America setting.”