Netflix doubling up on original programming

Netflix will almost double the amount of original TV series on its service in 2017, according to the streaming service’s chief content officer, Ted Sarandos. 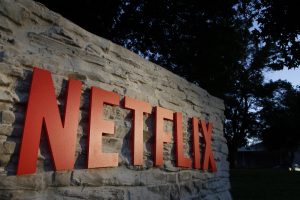 The Netflix content chief was speaking about the plans to scale up production at a US media conference organised by investment bank UBS.

He said that the number of drama series on the SVOD service will go from 16 this year to 31 in 2017, and that the emphasis will remain on quality products.

Sarandos also addressed Netflix’s rapid international expansion, which has seen it launch in a swathe of territories this year. He said that, in terms of acquired programming, as Netflix pushes for global rights distributors need to adapt to a new model.

“We’re embarking on something that is fairly new in terms of in the media space, global licensing and programming,” Sarandos said. “I don’t know whether it’s more difficult than expected, but it’s not been an easy row because all of the studios and networks have situated themselves to be regional sellers.

“Because there has never been a global buyer, it makes complete sense that Sony and Disney and Warner Brothers would have regional sales teams. And now we are a global buyer buying global rights for shows and movies, and there is some resistance to it, mostly from the regional sellers.”

He added that global buying does not mean Netflix is looking for discounted deals. “At the end of the day it’s a real structural change that I think all of our studio partners are wrestling with because there is certainly an efficiency to what we are offering,” he said. “I’m trying to use the scale to get a discount where you see us using the scale to get access.”

The Netflix content chief noted that next year will be the first time the company will cross the US$5 billion threshold in terms of programming spend.