ITV has appointed Brent Montgomery CEO of its restructured US division, which has been rebranded ITV America. 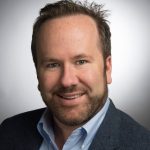 Montgomery is the founder and CEO of US prodco Leftfield Entertainment, which is owned by UK-based broadcaster ITV. He effectively replaces Paul Buccieri, who exited ITV late last year to become president of the A&E and History networks in the US.

ITV America replaces ITV Studios US as the brand for ITV’s Stateside content activities, and Kevin Lygo, managing director of ITV Studios, has introduced a new management structure, with Montgomery at the helm.

In other changes necessitated by Montgomery’s elevation, David George will be CEO of Leftfield Entertainment, and Ed Simpson moves from Leftfield to become executive VP, business development and international, ITV America.

Montgomery, Valentini, George and Simpson all remain based in New York, with Sher continuing to operate out of LA.

“ITV has gone from strength to strength in the US over the last few years both organically and through acquisition and is now the biggest unscripted indie in the US,” said Lygo. “Bringing all our US production businesses together, ITV America will build on this success as we take our US operations to the next level, and continue to build a global content business of scale.”

Philippe Maigret, who joined ITV earlier this year, will remain at the helm of ITV’s US drama business, working alongside Montgomery and reporting to Lygo.

“In the last year Brent has continued to expand Leftfield’s production slate and develop the talented team who work with him,” said Lygo. “It’s now the right time for him to take the helm of ITV America and guide the group to our next stage of growth. With Philippe Maigret leading our US drama business we continue to make strides in our strategy to build scale in both scripted and unscripted.”

Speaking about his new role, Montgomery said: “I consider my greatest accomplishment at Leftfield to have amassed a team of some of the most talented producers and executives in our business, who worked with dedication and collaboration in an environment that allowed creatives to do what they do best: work with laser focus on development and building talent. That’s what has grown our partnerships with buyers across all company disciplines.

“I look forward to delivering on that strategy for ITV, and to expanding the company’s footprint as we broach the next chapter together.”

Along with the personnel changes, ITV has now acquired the 20% of Leftfield it didn’t already own.

“ITV made a major investment last year in Leftfield Entertainment, a testament to the talent, skill, vision and success of Brent Montgomery and his team,” said Lygo. “Brent’s creative expertise and management prowess ultimately built Leftfield into a producing powerhouse now known for creating programming across nearly every genre of unscripted television.”