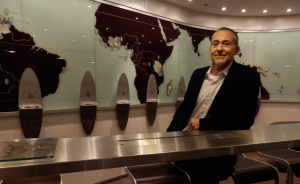 MTG-owned distributor DRG has inked a first look deal with What Larks.

The exclusive agreement with the UK factual and fact-ent producer gives DRG new factual content to add to its line-up.

One of the first new titles covered by the deal is The Magic Of Houdini With Alan Davies.

London-based What Larks Is run by filmmaker Claire Whalley, whose credits include The Choir and Nigella Bites. She said: “Building a relationship with a dynamic distributor like DRG is very exciting for a company like What Larks where quality, humour and originality are always at the fore.”

Katy Cundall, VP factual acquisitions, DRG, added: “Factual content remains a popular genre of programming globally and we are thrilled to be the distributor for these fresh new shows from this exciting up-and-coming production company.”