Network Ten has ordered several international formats and finished shows as part of its new season line-up, and renewed a raft of others. 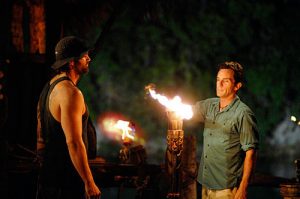 The Australian free-to-air broadcaster is resurrecting the classic reality format Survivor for its 2016 line-up.

Local versions of the CBS-distributed survival format have run on both of Ten’s commercial rivals – Network Seven and Network Nine – in the past, but never made it past one season.

Survivor will run alongside another survival format on Ten, I’m a Celebrity Get Me Out of Here!, which is heading into its second season.

Ten has also ordered Long Lost Family, a local version of the format that has run on ITV for six seasons in the UK. The show is distributed by Lineup Industries, which struck the Australian deal after recently buying international sales rights.

The show follows long lost family members as they are reunited and the Australian version will be made by WFTN.

Network Ten chief programming officer Beverley McGarvey said: “Long Lost Family is a proven success in the UK and a hit with critics and viewers alike. We feel very honoured to be able to create an Australian version that will reunite families from all walks of life after years, sometimes decades, of separation.”

Ten’s roster of US shows includes Fox-distributed The X Files and Rob Lowe comedy The Grinder.

Tags: Beverley McGarvey, Gogglebox, I'm a Celebrity Get Me Out of Here, Long Lost Family, Masterchef, Shark Tank, Survivor, The Bachelor, The Grinder, The X-Files