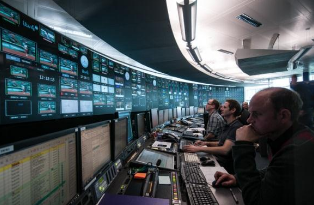 The development is the latest example of the growing influence of the telecommunications industry on the content business, and is significant as there is no recognised local pay TV player or SVOD player involved.

NuVu will offer subs around 3,000 local and international programmes, which can be downloaded to smartphones or tablets at no extra cost during off-peak networks times.

The shows can then be watched offline for the next 30 days, allowing the service to bypass Nigeria’s on-going internet connectivity issues.

NuVu will launch in the first quarter of 2016 to Airtel Nigeria’s 30 million subscribers, and costs “a small monthly fee”, according to the partners.

Sweden-based Ericsson is working with “a number of international distributors” to acquire new films and TV programmes.

The service will debut on Android smartphone devices, with Ericsson planning to roll it out on other platforms and operating systems at an unspecified later date.

Ericsson sees the SVOD market as one it can exploit, with a company-branded report from February this year suggesting the number of people willing to pay to access programming on any device has increased by 25%. In the same report, it suggested smartphone viewing had increased 15% in the same period.

“The launch of NuVu is a significant landmark for Ericsson and is uniquely positioned to help our operator customers to address a significant untapped market for video content,” said Thorsten Sauer, head of broadcast and media services at Ericsson.

“Africa has some of the highest mobile adoption rates globally, with ever-increasing levels of investment and infrastructure. However, downloading is currently preferred to streaming due to connectivity issues. We believe there is a huge opportunity to open a window to a world of content through mobile devices that may not otherwise be easily accessible.”

“One of the key advantages of NuVu is that customers will have the flexibility to enjoy a variety of entertaining content, including music videos, comedy, movie trailers, cartoons, sports among others on their mobile devices anytime, anywhere they desire,” said Airtel Nigeria’s chief commercial officer Ahmed Mokhles.

“We are delighted to be a part of this project as it also reinforces our commitment to creating real value for all our stakeholders, in line with our key objective of enriching lives and empowering people.”

Airtel Nigeria parent Airtel Africa operates across the African continent. Both companies are part of Indian company Bharti Airtel, which is the world’s third-largest telecommunications group.