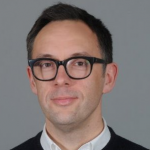 DTVE reports Douglas and a number of other staff at the UK operation are likely to be made redundant.

It is understood that NBCUniversal has taken a strategic decision that it makes sense to have a single channels group under one leader going forwards.

The changes follow the group’s decision in August to create a new EMEA structure based on what it describes as a multi-territory, regional hub aligning distribution and networks businesses in the EMEA region.

This followed the creation of similar hubs for the Latin American and Asian businesses.