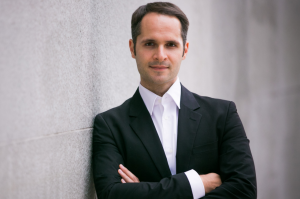 ZDF Enterprises has recruited Robert Franke as vice president of its drama division.

German pubcaster ZDF, and its commercial arm ZDFE, are mong the most active producers, coproducers and distributors of drama in Europe and played a key role in the international success of the Nordic Noir genre.

Franke joins from on-demand service Viewster, where he was chief content officer and general manager, Germany. He has also been head of content of ProSiebenSat.1’s digital service MyVideo.

At ZDFE, Franke will oversee coproduction including The Bridge and The Team, and all commercial activity around the drama line-up.

ZDFE.drama generates a annual revenue of about €40 million (US$43.7 million) and its investment in scripted is approximately €25 million per annum.

Fred Burcksen, executive VP and COO of ZDF Enterprises, said: “[Franke] has long been active in the media sector with a strong focus on licensing and marketing of content and experience on both sides of the negotiating table. In addition, we value his many years of expertise in all areas of the digital value chain as well as the development, financing, production and distribution of program content and its international exploitation”.

Franke said: “In such a dynamic market as the media industry, it is always important to identify the best ideas for successful programmes and to consistently implement them. I would like to thank ZDF Enterprises for the opportunity to do this in the future.”