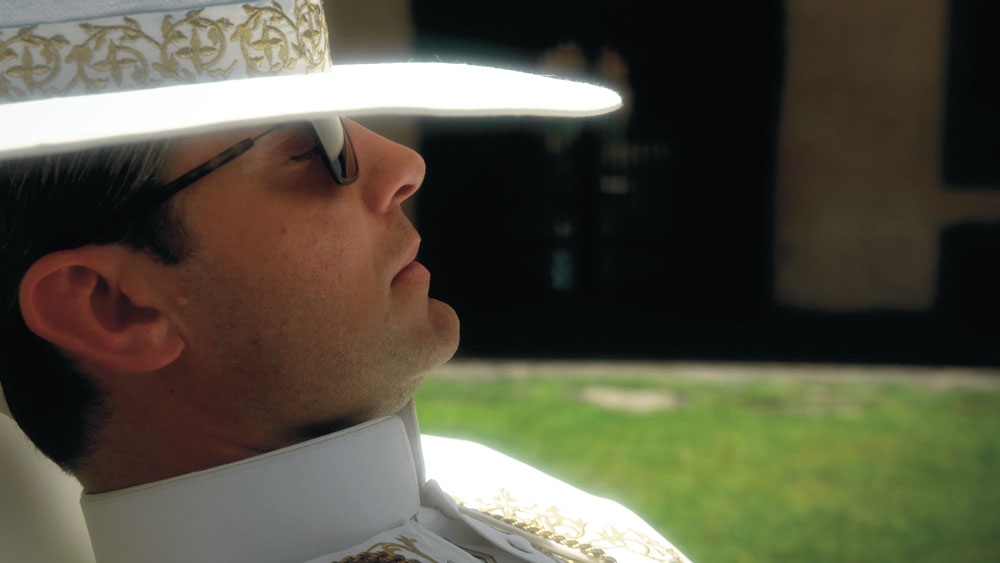 Italy has emerged from the doldrums to become a leading European drama producer in recent years, largely down to investment from the pay TV sector. New developments look set to take things a step further, reports Jesse Whittock.

The idea that Italy would give birth what is set to be one of the biggest international television dramas of 2016 would have been something of a joke five years ago. That’s exactly what’s happened this year, however.

Launching internationally at MIPCOM, The Young Pope is sure to be an attention grabber. HBO, Canal+ and Sky are all already attached to the drama, as are A-list actors Jude Law and Diane Keaton and Italian Oscar-winning director Paolo Sorrentino.

Law plays the world’s first American pope, Pius XIII, who struggles with his new responsibilities. Keaton plays Sister Mary, a nun who raised Pius and helped him become the head of the Catholic church.

Sky, which has long been the key player in the Italian high-end drama market, has first-run rights to the show in Italy, Germany, the UK and Ireland after the merger of the Sky pay TV businesses in those territories.

“We are incredibly proud that Paolo Sorrentino has chosen the new Sky as his partner for his first TV project, coupled with the unique talents of Jude Law and Diane Keaton in the lead roles,” says Sky Italia’s executive VP, programming, cinema, entertainment and news, Andrea Scrosati (pictured left), who initially commissioned the show.

“The script is very strong and has a unique and completely original approach to the topic of faith, to the role of the Vatican church and to the emotional journey of someone that overnight becomes the spiritual leader of over a billion people across the world.”

“We hope that the show will be received as we conceived it from the beginning: a very original, very high-concept drama that is also slightly different from the traditional US standards,” says Lorenzo Mieli (below right), CEO and co-founder of The Young Pope’s Rome-based producer Wildside. “What we’re trying to do is push the boundaries of what is usually expected to be found in a TV show a little bit further.

“We can’t say what the results will be in terms of success or ratings, but we’re pretty sure that the storytelling and the production design of The Young Pope will surprise the audience.”

Wildside was so sure of the piece that it undertook and financed the first stage of development in-house with Sorrentino, while keeping the broadcasters aware of progress but initially distanced.

“This means that we decided to make a huge investment in order to have a first draft of all eight scripts – entirely paid by us – and then close the deals with the broadcasters,” says Mieli. “I’d say that we took a risk, but it was a good risk.”

The story of international Italian television drama goes back further than one might think. As Oliver Bachert, senior VP of international sales and acquisitions at frequent Italian backer Beta Film, notes, dramas such as La Piovra were selling globally as far back as the mid-1980s, though not in great quantities. 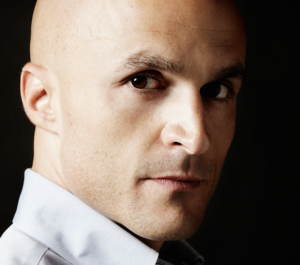 Some of the elements that have held back sales of Italian drama are ebbing away, expanding its reach, says Bachert. “Perhaps because of the language [some shows] didn’t reach the English-speaking world, but some of those barriers don’t exist in the same way in the UK and North America now,” he says. “They have opened up to foreign-language drama for a certain type of viewer, and there is more momentum in the international market.”

Italian dramas, especially those from paycaster Sky, have become big business for Germany-based Beta. The firm sells Romanzo Criminale, Gomorrah and 1992, all of which have made waves on the international market (Sky CEO Jeremy Darroch described the latter as “ the most successful original scripted series” in Italian drama in 2015).

“Italy is prolific for us,” says Bachert, whose firm invests early in many of the Italian dramas it sells. He says VOD sales are becoming big business, which is exemplified by Netflix’s recent deal to acquire 1992 as an original series in the US.

“The more local a show is, the more international appeal it has,” he says. “You can’t imagine something more local than Gomorrah,” he adds of the Neapolitan mafia story. “It has to be a good local story, but good product will find a way to market.”

“The market has opened up to event miniseries and limited series, which is a development driven by the pay TV platforms,” adds another distribution source.

Other distributors are now seeing the opportunity that Beta identified some years back. In August, FremantleMedia acquired 62.5% of Wildside, securing international distribution in non-partner territories of The Young Pope at the same time.

“Wildside is fast becoming one of Europe’s most sought-after drama producers and will complement our existing primetime drama businesses [around the world],” said FremantleMedia CEO Cecile Frot-Coutaz at the time of the deal.

One production source describes developments in Italian drama as “moving fast”, and it’s easy to see why. Earlier this year, the Italian government gave the local production community a seal of approval by expanding a film tax credit to television. This covers 25% of expenses incurred in Italy, and is primarily designed to bring in international coproductions such as the model that allows HBO to film Game of Thrones in the UK. 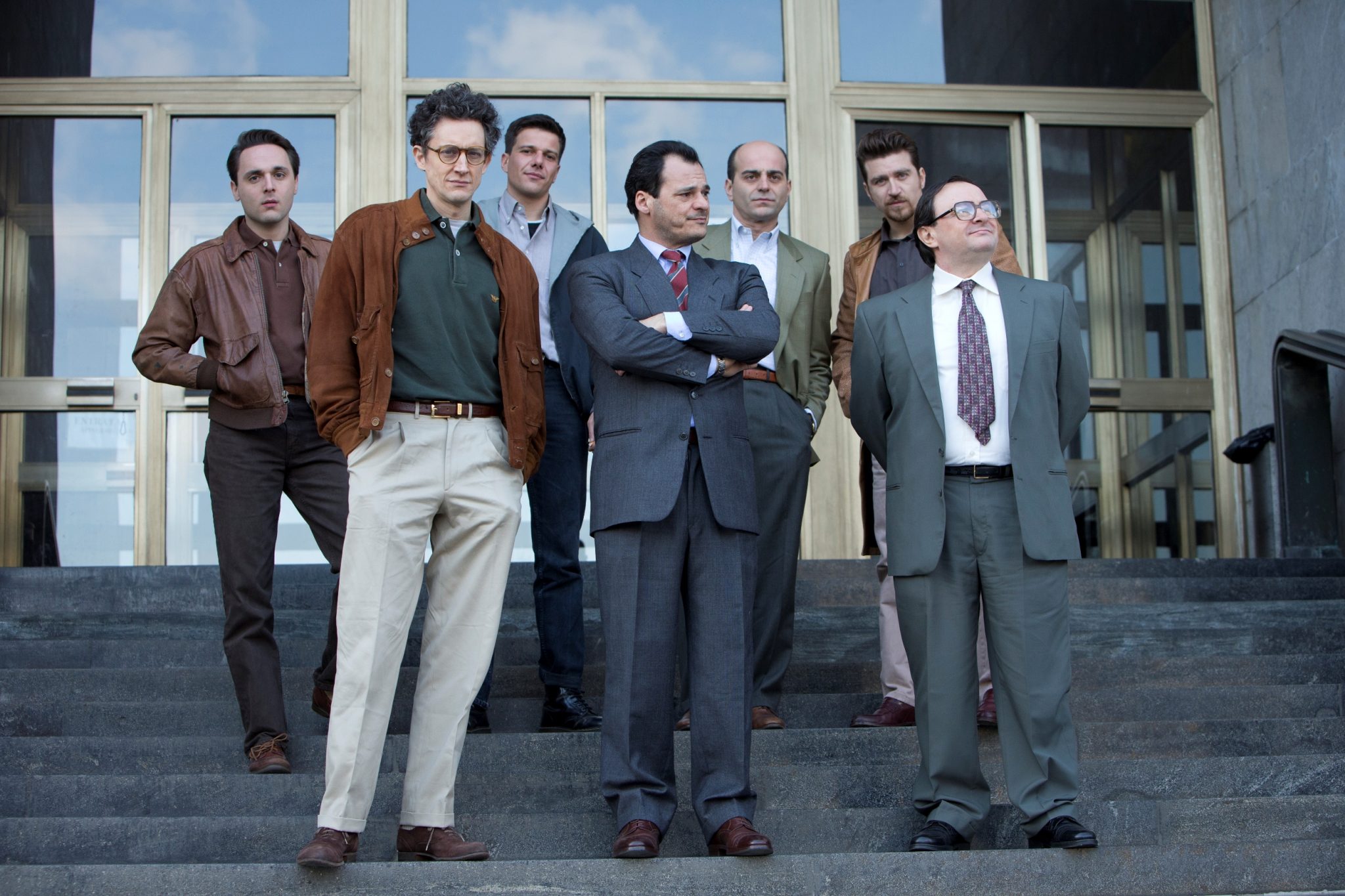 “This measure will bring back big international productions to Italy, thus promoting our country abroad,” according to Riccardo Tozzi, president of ANICA, an umbrella organisation that represents Italy’s film, audiovisual and multimedia sectors.

Several Italian regions have now developed “efficient” film commissions that support production funding, says Sky’s Scrosati. “In general, I believe that quality will always be the key driver, though, and if we can maintain this high standard the required investment will follow,” he adds.

This increased focus on international coproduction is even attracting attention from Italy’s pubcaster, Rai, which is best known internationally for long-running procedural Montalbano and its spin-off, The Young Montalbano.

“We are keen to seek more international coproductions for the appeal these would have on the international market and for the strong interest we have in the domestic market,” says Luigi di Siervo, CEO of Rai’s commercial division, Rai Com. “We are open to review any new projects and talk with new partners.”

“Rai is becoming more and more interested in high-profile, internationally appealing projects, which is good for us,” says Mieli. Bachert adds: “There is also more movement in the free TV market, which is trying to embrace the high-end [original drama] trend to see how that works.” 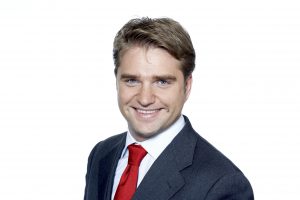 At MIPCOM, Rai Com will launch the 27th and 28th Montalbano telemovies, which will be available to broadcast from next year. The launch comes after presales for the latest season of Young Montalbano in the US, Australia and the UK, and a deal in Canada for season three of The Family.

“Sports dramas are in a good position on the international market,” says di Siervo. “Pietro Mennea the Gold Sprinter was announced at MIPTV and sold in the Middle East and Spanish-speaking US, and for in-flight.”

Oriana, meanwhile, is a miniseries for Rai 1 that is based on the life of trailblazing Italian war journalist Oriana Fallaci, while another mafia-themed series, Anti-Drug Squad, sold to US channel MHz Networks. Di Siervo says such deals represent an increasingly lucrative business for Italy’s distrbutors.

“The American market is indeed interested in Italian drama, and the demand is growing year by year and on many different platforms. Also, Canada has significantly increased its demand for Italian drama, so we are focusing on North America right now.”

Meanwhile, commercial broadcaster Mediaset created the ‘International Drama Project’, an in-house development unit dedicated to scripted drama. The first fruitsof this was Lucky Luciano, a twelve-part series coproduced with French drama house Federation Entertainment that chronicles the life of the mobster Charles ‘Lucky’ Luciano. Alessandro Camon (Bullet to the Head) has been tapped to pen the script.

Other new products for the market include the second season of Gomorrah, which is again based on the mafia exposé novel from journalist Roberto Saviano. 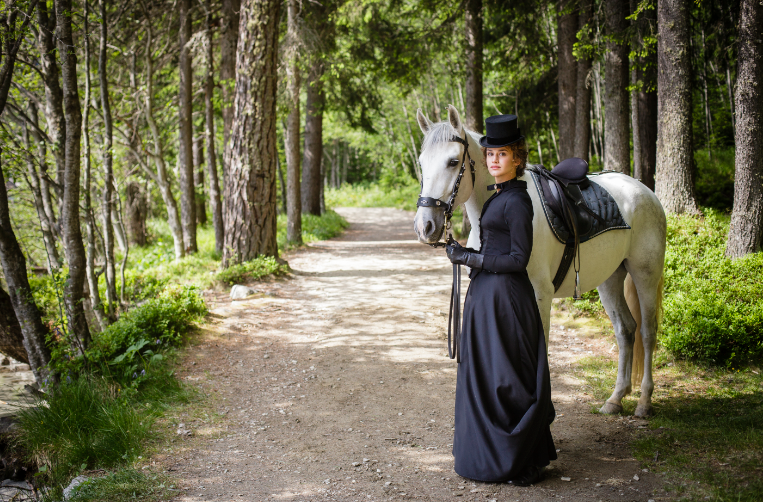 “There are different, new impulses from the broader market,” says Beta’s Bachert, who says these are part of a move away from high-end shows. “We should not forget there is also space for shows that are not highly serialised,” he says. “Maybe not every viewer wants to spend 30 hours watching a very specific story.”

However, for Sky’s Scrosati, the opportunity – and key test – is in the competitive high-end pay TV space. “The real challenge today is to deliver credible, high-end products,” he says.

“In this period, Italian productions are creating impact and interest in the same way that Scandi drama generated attention a few years ago. The key element is to continue to meet the quality standards that this international attention deserves.”

Sky is aiming to have 35 new dramas aired over the next three years in its operating territories, and the key will be managing quality versus quantity.

“Our ambition is to increase our slate, but in this business I believe that more does not necessarily mean better,” says Scrosati. “The volume of series coming from the US, for example, is reaching a potential ‘bubble point’ where volume is not always matched by consistent high quality. This is something we always need to be focusing on. I am confident that Italy will play an important role in helping to deliver against these goals.”