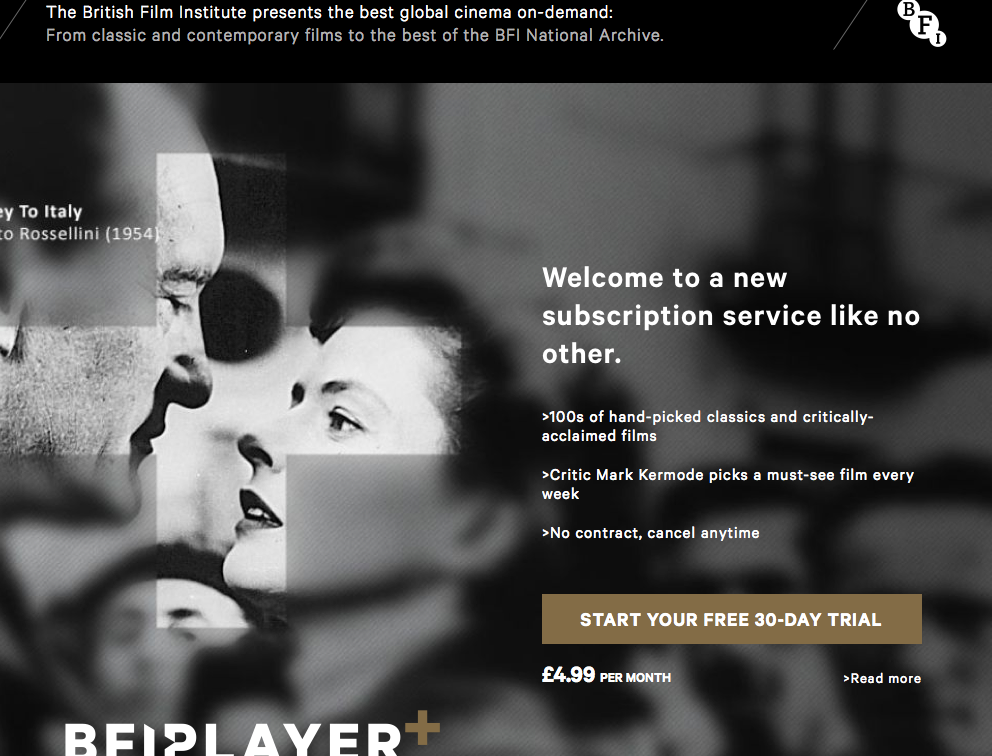 The British Film Institute has launched a new subscription video-on-demand offering a curated selection of “classic and critically-acclaimed films”.

BFI Player+ will offer hundreds of film titles and will cost £4.99 (US$7.62) per month, with no fixed contract.

The BFI said that service was shaped through user feedback and aims to celebrate “the best of a century of cinema”.

At launch, titles on the service will include roughly 300 films, grouped into genres and collections such as ‘British Classics’, ‘Horror’, ‘Documentaries’ and ‘Family’ – as well as experimental films and movies that are “near-impossible to see anywhere else” in an ‘Unavailable on DVD’ section.

Each week, BFI Player+ will also feature a weekly video recommendation from UK film critics, Mark Kermode, which the BFI said is part of its “unique approach to curated cinema”.

“We are passionate about bringing great cinema to audiences – it’s at the core of everything the BFI does – and BFI Player+ does exactly that,” said digital director at the BFI, Edward Humphrey. “We bring a unique approach to subscription services: expertly curated cinema that takes audiences on a journey through the very best of film, from its early masterpieces through to contemporary greats.”

BFI Player+ joins the UK film organisation’s existing BFI Player – a pay-per view offering focused around new released independent films – and its Britain on Film archive collection which it says has had 4 million views since launching in July.